The numbers still show an exceptionally close Senate race in Nevada. They also show that a different GOP nominee would have meant a very different scenario. 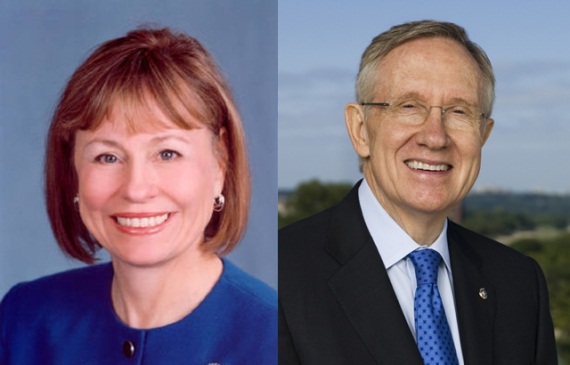 Voters in Nevada aren’t especially happy with their choices for the US Senate.  Via the Las Vegas Review-Journal:  U.S. SENATE RACE: Poll: Voters wish for other choices

Two-thirds of voters who say they back Sharron Angle wish another Republican had won the nomination, according to a poll for the Las Vegas Review-Journal and 8NewsNow that shows deep dissatisfaction with both the Tea Party pick and U.S. Sen. Harry Reid.

Nearly eight of 10 voters who remain undecided or who don’t like Angle or Reid say they, too, would have preferred if the staunch conservative hadn’t won the June 8 primary over her more moderate foes. And 58 percent of such nonaligned voters say they wish Reid hadn’t won the Democratic nomination, suggesting a majority of Nevadans are unhappy with their choices.

Reid has similar problems but to a lesser degree.

Some 49 percent said they would have preferred another Democrat nominee over Reid, including 28 percent from his party, 66 percent of Republicans and 62 percent of the undecided or those aligned with other candidates.

Among Reid voters, 18 percent preferred another nominee, 78 percent of Angle voters did not want him on the ballot as well as 58 percent of those who do not like Angle or Reid.

Focus for a moment on:

Among Angle voters, 66 percent said they would have preferred another GOP nominee

That signals a serious problem in motivating Angle voters to come to the polls.

In terms of head-to-head, the poll has the following:

In the latest survey of likely Nevada voters, Reid got 45 percent support compared with 44 percent for Angle, a statistical tie. The margin of error is plus or minus 4 percentage points.

Another 5 percent were undecided, 4 percent picked “none,” and 2 percent other candidates, according to the telephone poll of 625 likely registered voters taken Monday through Wednesday.

Really, all of this just confirms what I and others have been saying:  1)  Angle was the best thing that could have happened to Reid and 2) Angle’s only hope is the economy.