Pundits love to speculate about new candidates entering the race and spicing things up. This will all be academic quite soon because filing dates in key states are fast approaching. 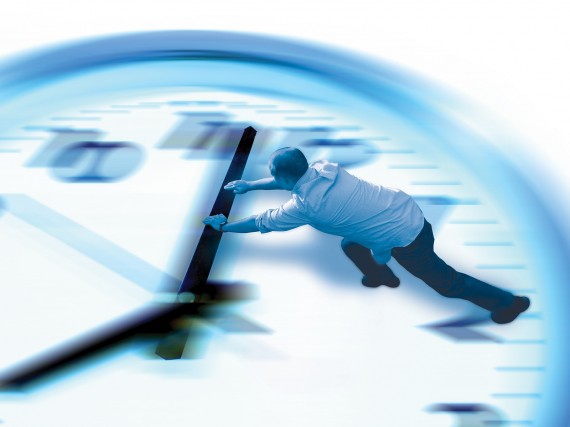 Pundits love to speculate about new candidates entering the race and spicing things up. Will Sarah Palin run? Chris Christie? Maybe a dark horse like Marco Rubio or Jeb Bush? And wouldn’t it be awesome if Al Gore or Hillary Clinton would run against President Obama in the primaries?! This will all be academic quite soon because filing dates in key states are fast approaching.

New Hampshire announced yesterday that the filing date for the all-important first caucus would be October 28–just four weeks away. Others are coming right on its heels, as Alex MacGillis points out for The New Republic:

Florida Republicans today announcedthat they would, as they’d been threatening to, move their primary to January 31st. This will push the traditional first four states earlier into January, with one plausible scenario putting the Iowa caucuses on January 9, the New Hampshire primary on January 17, the Nevada caucuses on January 21 and the South Carolina primary January 28. The next move falls to New Hampshire, whose delightfully (or maddeningly) inscrutable secretary of state, Bill Gardner, is expected to announce a date next week; this afternoon, he simply put out a statement that the crowding forward of the calendar meant that the state’s filing deadline for candidates would be October 28.

It will soon simply be impossible to run. As Daniel Larison notes, “The filing deadlines are one of the most important barriers to someone entering the race this late. Besides Florida and New Hampshire, South Carolina and Michigan’s deadlines are on November 1 and 15 respectively.” He adds, ” There might still be enough time to meet those deadlines, but that assumes that new campaigns know what they’re doing.”

He points to a Politico piece from last month which notes,

“It isn’t inconceivable that somebody could get into the race as late as the first or second week in October and manage to get it all done,” provided they knew what they were doing, said Matt Seyfang, a Democratic lawyer who’s handled ballot-access and delegate issues for five presidential campaigns, including Bill Clinton’s 1992 effort — which didn’t get started until October 1991. But any later than that, he said, would probably be impossible.

Palin could run a non-traditional presidential campaign in all kinds of ways, eschewing the traditional structures of staff and organization in favor of her brash, seat-of-her-pants style. But she would still have to meet a complex web of state-by-state ballot access requirements to get into all the different primaries.

“Regardless of how you want to run your campaign, if you have not complied with state ballot requirements, you can’t be on the ballot, and if you’re not on the ballot, you can’t get delegates allocated to you,” said Jason Torchinsky, an election lawyer who advised the campaigns of George W. Bush in 2004 and Rudy Giuliani in 2008, and is currently working with Rep. Thad McCotter.

Well, not anymore, since McCotter has withdrawn (what possessed him to enter in the first place is still a mystery) so maybe a new entrant could hire him. But they’d better do it this week.

Trump Wins, Republicans Still Not Sure Who The Anti-Trump Should Be