Barring a disaster, Mitt Romney is going to win the New Hampshire Primary, but who comes in second is still up in the air. 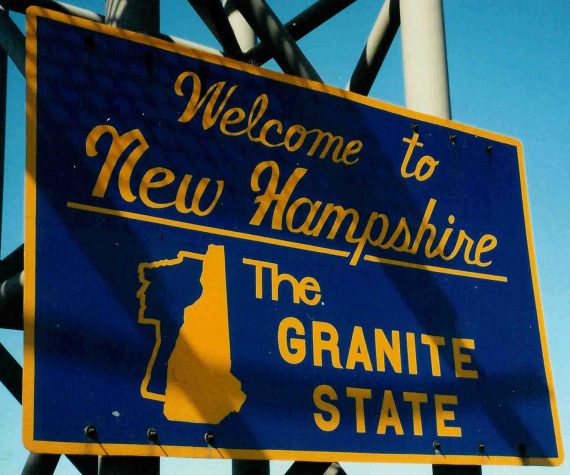 The final round of polling out of New Hampshire shows pretty much what we’ve been seeing for months now. While his numbers have slipped a few points, Mitt Romney is still the prohibitive favorite to win, and it’s still going to be a double digit win. The interesting question that’s developing in these final hours, though, is what happens to the rest of the field. Not surprisingly given the different populations, Rick Santorum has failed to benefit very much from  his surprise showing in Iowa and appears to be battling Newt Gingrich for third place. Meanwhile, the guy who has been in second place for most of the past two months or so, Ron Paul, finds Jon Huntsman coming up on him in the rear view mirror thanks in part perhaps to Huntsman’s well received performances in this weekend’s debates. Which one of them manages to come in number two has the potential to breath some (temporary) new life in to Huntsman’s campaign, or mark the final high water mark for Ron Paul.

Mitt Romney continues to be headed for a comfortable win in New Hampshire.  PPP’s final poll there finds him with 35% to 18% for Ron Paul, 16% for Jon Huntsman, 12% for Newt Gingrich, 11% for Rick Santorum, 3% for Buddy Roemer, and 1% for Rick Perry.

Romney’s support has been remarkably consistent over the course of PPP’s three Granite State tracking polls, never straying from 35-36%. He’s the most popular of the candidates in the state, with a 60/34 favorability rating. And he also has the most committed supporters…85% of them say they’re definitely going to vote for him and when you look at the race just among those whose minds are completely made up his lead over Paul expands to 40-19.

The excitement in New Hampshire on Tuesday night will probably be the battle for second place.  There Huntsman has the momentum. His support is up from 12% to 16%, while Paul’s has declined from 21% to 18% over the last week and a half. Huntsman’s favorability (55/30) is far better than Paul’s (43/51) and 13% of voters list Huntsman as their 2nd choice compared to only 5% for Paul.

All of these same arguments for Huntsman potentially overtaking Paul could have been applied to Santorum overtaking Paul on our Iowa poll last weekend and of course that’s what did happen when it was finally time to count the votes.

The new poll from WMUR-TV and the University of New Hampshire shows a similar fight for second and third place, although Huntsman’s bounce is not quite as high:

The top spot in the latest WMUR/University of New Hampshire poll still belongs to Mitt Romney, but the race for second and third place is very close.

Romney holds a commanding lead with 41 percent of those surveyed saying they’d vote for him in the primary.

Ron Paul is in second with 17 percent. The latest mover is Jon Huntsman, who has jumped four percentage points in the last couple days and is now tied for third with Rick Santorum at 11 percent.

Newt Gingrich is right behind with 8 percent.

Rick Perry and Buddy Roemer have 1 percent, and so does Michele Bachmann, who suspended her campaign last week.

For anyone who’s been wondering if all this time that Jon Huntsman has spent in the Granite State would pay off, this is interesting news. After all of this, a second place finish behind Mitt Romney, even if it were a distant one, would be at the very least a vindication for his campaign, and perhaps a hopeful sign for the future of the Republican Party. But, would it mean anything? Huntsman has spent almost all his time in New Hampshire, and there’s no indication that he has much of an organization anywhere else. He has gotten a few interesting endorsements in South Carolina, but right now he’s still languishing at the bottom of the polls in the Palmetto State.

The FiveThirtyEight forecast model, which is fairly aggressive about accounting for a candidate’s momentum, now projects Mr. Huntsman to receive 15.6 percent of the vote in Tuesday’s New Hampshire primary, putting him in third place, about equidistant between Mr. Paul and Rick Santorum.

If Mr. Huntsman finished exactly as the forecast now projects, it could put him in a sort of no man’s land. Such a finish would probably beat the news media’s expectations, which often lag a few days behind the polls, possibly giving him favorable momentum headed into South Carolina. However, because Mr. Huntsman has a very modest organization in South Carolina and is not polling well there, it is not clear how he would capitalize upon it.

Instead, Mr. Huntsman probably needs a lights-out, headline-making finish to become a major player in the Republican nomination race.

Perhaps the best-realistic-case scenario for Mr. Huntsman is that he does not win New Hampshire but comes close enough to make the outcome murky.

For instance, if Mr. Huntsman and Ron Paul both finished with about 25 percent of the vote, and Mr. Romney with 30 percent, that would in my view pass the smell test for a manifestly “close” result and would raise a lot of questions about Mr. Romney’s staying power.

More likely, the results will stay reasonably true to the forecast, with Mr. Huntsman finishing in the mid- to high teens, and Mr. Romney finishing just north or just south of 40 percent of the vote. There will be a few days of speculation about whether Mr. Romney has cleared some arbitrary benchmark for a “good” finish in New Hampshire. Then people will remember how robust Mr. Romney’s position is for the nomination and the talk will die down.

This all seems about right. Barring some miracle where Huntsman surges in the next 48 hours and comes closer to Romney than anyone expects, it’s hard to see how he exploits what happens in sufficient time to make a difference. More importantly, though, as Joe Klein notes at Time this morning, the real winner of this weekend’s debates was Mitt Romney:

Well, Mitt Romney won the weekend and, most likely, the Republican nomination. No one really laid a glove on him, not even in the NBC debate on Sunday morning, which was far sharper and more substantive than the ABC debate last night. There was a reason for Romney’s success-and it pains me to disclose it: he was well-prepped by his consultants. His answers were clear, concise, declarative sentences. None of the other candidates seemed to have been prepped at all.  They had their moments, but their sentences were clumsy, loaded with jargon and dependent clauses. Their message was garbled, their attacks muddy. They seemed amateurs. Romney is a professional. You have to work at being a good debater, a good candidate, and he has clearly done his homework.

The importance of Romney’s consultants pains me because I wrote a book called Politics Lost a few years ago, in which I laid much of the blame for the gaseous banality and negativity of modern American politics on consultants, pollsters and assorted marketers. I assumed when I wrote it that most legitimate candidates for President could figure out why they were running and why they were better than their opponents on their own and say so clearly. That was an assumption too far.

As Klein goes on to note, Romney’s opponents have been appallingly ineffective at making the case against Romney when it mattered, and especially when they happened to be on a debate stage with him. Yes, Newt Gingrich has gotten in a few good barbs here and there, and Rick Santorum got one or two in yesterday morning. For the most part, though, it’s been pretty clear that what everyone has referred to as Tim Pawlenty’s “epic Obamneycare fail” has been the norm, not the exception, among Romney’s opponents. Partly, of course, it’s a function of the fact that Mitt Romney has done this before, while all of the other candidates other than Ron Paul (who marches to his own drum) are running for President for the first time. The Mitt Romney of 2012 is a far better campaigner and debater than the Mitt Romney of 2008, and it shows. This is one of the reasons why Republicans tend to choose the “next in line” candidate, because that candidate has typically been through the ringer at least once already.

Perhaps things could have been different. If Rick Perry, for one, were a better campaigner and, well, not Rick Perry then this would likely be a different race. If candidates like Haley Barbour and Mitch Daniels had decided not to sit out the race then there would have been more people with strong resumes on the stage. If Jon Hunstman had employed a different campaign strategy, perhaps he would have risen in the polls sooner. None of that happened, though, and it seems unlikely that anything can or will happen in the next three weeks that would stop a four-state January sweep by Mitt Romney. If that happens, regardless of the delegate count at the time, this race will be over and Mitt Romney will sail to Tampa unopposed.