Yesterday, I compiled the predictions of the so-called “experts,” those who make a living following the NFL. Today, just in time for the season opener (Steelers vs. Dolphins at 8:30 Eastern on NBC), the predictions of some of your favorite bloggers.

Several bloggers were asked to chose the eight division champions, four wildcards, the Super Bowl representatives and winner as well as the winners of the major end-of-season individual awards. 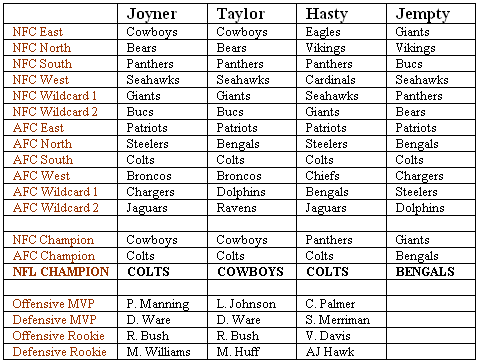