A three-judge panel of the Ninth Circuit Court of Appeals struck down part of a Hawaii law barring open carry of weapons, but this win for gun rights advocates may turn out to be short-lived. 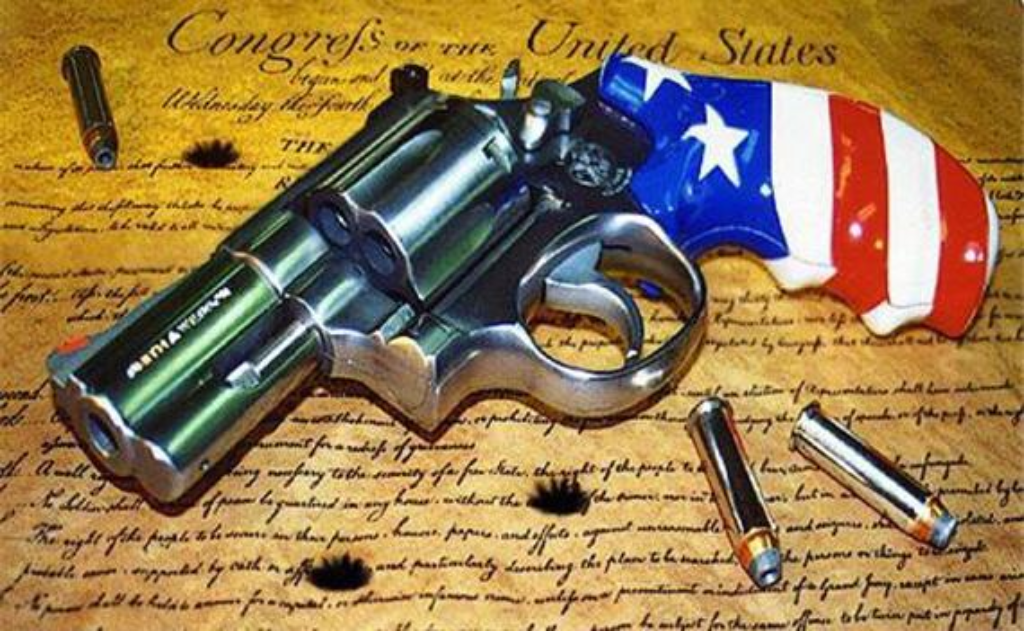 A three-judge panel of the Ninth Circuit Court of Appeals has ruled that a Hawaii law barring gun owners from openly carrying a gun in public is unconstitutional, a ruling that gives gun rights advocates a big victory but which may not withstand appeal:

A federal appeals court ruled on Tuesday that the U.S. Constitution’s Second Amendment guarantees a right to openly carry a gun in public for self-defense, finding that Hawaii overstepped its authority to regulate firearms possession outside the home.

The ruling by a three-judge panel on the 9th U.S. Circuit Court of Appeals, makes the San Francisco-based court the sixth U.S. circuit court to interpret the Second Amendment that way and could set the issue on a path toward the U.S. Supreme Court, which has not taken up a major gun rights case since 2010.

The extent of the right to gun ownership is one of the most hotly contested debates in the United States, where there has been a steady stream of mass shootings.

In a 2-1 decision on Tuesday, the panel found Hawaii infringed on the rights of plaintiff George Young when it twice denied him a permit the state requires to openly carry a gun in public.

“We do not take lightly the problem of gun violence,” Judge Diarmuid O’Scannlain wrote in Tuesday’s ruling. “But, for better or for worse, the Second Amendment does protect a right to carry a firearm in public for self-defense.”

State Attorney General Russell Suzuki said the ruling would “undermine Hawaii’s strong gun control law and our commitment to protect the public.” He added that state and local authorities would consult on what further action to take.

Alan Beck, a lawyer for the plaintiff in Tuesday’s ruling, said he believed the question about openly carrying firearms would eventually end up before the Supreme Court.

“I think the Supreme Court is receptive to this,” Beck said in a phone interview.

Judge Richard Clifton dissented from Tuesday’s ruling, saying the Second Amendment did not preclude the sort of licensing rules used in Hawaii and elsewhere.

A federal appeals court on Tuesday ruled that the Constitution’s Second Amendment grants people the right to openly carry a gun in public for self-defense.

The 9th U.S. Circuit Court of Appeals made the ruling while rejecting a claim from Hawaii officials that the right should only apply to guns kept at home.

The ruling was issued by a three-judge panel on the court and came about a year after the Supreme Court decided not to rule on the case.

Two of the three judges on the 9th Circuit voted to reverse a decision by the U.S. District Court in Hawaii that said officials did not infringe on the rights of George Young — the plaintiff who was twice denied a permit to carry a gun in public.

“We do not take lightly the problem of gun violence,” Judge Diarmuid O’Scannlain wrote in Tuesday’s ruling. “But, for better or for worse, the Second Amendment does protect a right to carry a firearm in public for self-defense.”

The court said in the ruling that it acknowledged that the Second Amendment does not guarantee a right to carry concealed firearms in public.

O’Scannlain said the court’s decision was guided in part by the Supreme Court’s 2008 ruling in District of Columbia v. Heller. In that case, the court held that the Second Amendment protects the right to have a gun in your home for self-defense.

In his dissent, Judge Richard Clifton argued that the Second Amendment does not prevent licensing rules such as the ones used in Hawaii and other states.

“Good cause licensing schemes, and extensive state regulation of public carry more generally, have a long history in the United States,” he wrote. “While explicitly declining to elaborate on specific regulations, the Supreme Court in Heller expressly noted that the right secured by the Second Amendment is ‘not unlimited’ and that there were ‘longstanding prohibitions’ that were ‘presumptively lawful.'”

In a statement, Kaena Horowitz, deputy corporation counsel for the county of Hawaii who argued the case, said the state is considering all of its options, including whether to seek a full court review of the decision.

“The Young decision is unfortunate as it invalidates Hawaii law designed to protect the safety and well-being of the people of Hawaii,” he said. “Carrying firearms in public clearly poses a significant danger to the safety of our community and greatly increases the risk that police officers confront.”

Eugene Volokh summarizes the ruling at The Volokh Conspiracy, as does his colleague David Kopel. However, rather than quoting at length from either summary, I’ll simply recommend them to the interested reader since both do an excellent job of summarizing and explaining the court’s ruling in the case, which in many significant respects goes against rulings that we have seen from other Federal Courts of Appeal, including the Ninth Circuit itself. As a preliminary matter, it’s worth noting that the panel that issued this ruling was made up two Judges appointed by Republican Presidents and one appointed by President Bill Clinton. It’s also worth noting that the Judge who wrote the majority in the opinion in this case, Judge Diarmuid O’Scannlain, also wrote the majority opinion in a 2014 panel decision that struck down a concealed carry law in California on the ground that it was too restrictive under the precedent set forth in District of Columbia v. Heller and McDonald v. Chicago. That ruling, however, was ultimately overturned by the full Ninth Circuit hearing the case en banc. That ruling was later appealed to the Supreme Court, but, mirroring an action that the justices have taken almost consistently since the ruling in McDonald, the Court declined to accept the case, meaning that the Ninth Circuit’s en banc ruling stands as the law in that Circuit.

The Hawaii law that was at issue limited the right to openly carry a weapon to security professionals, which includes not just law enforcement officers but also properly armed and trained private security guards, and the majority of the panel ruled that this was unconstitutional under both Heller and McDonald since it unduly restricted the right of civilians to defend themselves. With respect to the Ninth Circuit’s previous ruling upholding the California law on the carrying of concealed weapon, the majority essentially sought to distinguish the two laws by arguing that the open carrying of a weapon does not carry with it the same danger that someone might ambush an innocent person or a law enforcement weapon by pulling out a weapon that they were previously unaware of. Under open carry, though, everyone in the area knows that the person in question has a weapon, and that arguably has a deterrent effect on both any potential attacker and on the person possessing the weapon. Additionally, as Kopel notes in his analysis linked above, the majority relies on a long historical analysis that seems to support the idea that open carry was the historical norm until gun control laws became more common in the 20th Century. Additionally, the majority found that the historical sources that the Heller decision relied upon in its decision also recognized the existence of a general right of members of the public to openly carry a weapon in public. Therefore, the majority concludes, the right protected by the Second Amendment includes a right to openly carry a weapon.

Where the case goes from here is largely up to the State of Hawaii generally and Hawaii County in particular. As Kopel notes in his post, the country could decide to issue the Plaintiff an open carry permit, thus putting an end to the case If it did that, though, then the county could find itself in a position where it would have to start issuing permits to similarly situated applicants. Alternatively, the county could decide to deny the application for an open carry permit on the ground that the Plaintiff had not demonstrated the “need” required by the statute, a part of the law that as not before the Court in this particular case. If this happened, though, it would likely result in the Plaintiff filing a new lawsuit based on this denial and challenging that portion of Hawaii’s law.

Alternatively, the county could decide to appeal the matter in an effort to overturn the panel decision. In that regard, they would essentially have two choices. One would be to follow the strategy that was used in the California case noted above and seek an en banc hearing from the full Ninth Circuit. As I’ve noted before, it is within the discretion of the court whether or not to grant such review and would require a majority of Judges agreeing to rehear the case. Given the fact that the full Ninth Circuit has shown a tendency to overturn panel decisions that favor Second Amendment rights, there would seem to be a good chance that the Court would agree to rehear the case and, in the end, issuing an opinion that is far more favorable to the state than the panel decision. Alternatively, the county could decide to appeal the panel ruling directly to the Supreme Court. As noted in the past, though, the Court has not accepted a Second Amendment case for review since handing down the decision in McDonald in 2010. This has remained consistent even after the elevation of Justice Neil Gorsuch to the Court, but it’s unclear if that might change if and when the seat being vacated by Justice Anthony Kennedy is filled with a new Justice, presumably by Judge Brett Kavanaugh. In any case, until Hawaii County makes its decision on how to proceed, this decision will stand.