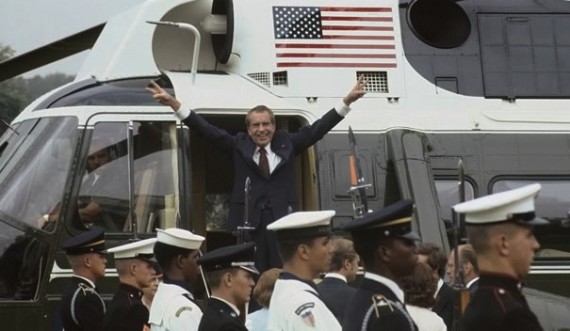 Even as a baby, great things were expected of Justin Trudeau, who has just been elected Canada’s prime minister, ending a decade of conservative rule.

Richard Nixon predicted Trudeau’s rise to high office in 1972 during a state visit to Ottawa, when the winner of Canada’s 2015 federal election was just four months old.

“Tonight we’ll dispense with the formalities. I’d like to toast the future prime minister of Canada, to Justin Pierre Trudeau,” said Nixon, who may have just been buttering up Trudeau’s father.

Pierre Trudeau, then Canada’s prime minister, responded that should his eldest son ever assume the role, he hoped he would have “the grace and skill of the president”.

Justin Trudeau was born on Christmas Day 1971 and spent part of his childhood in 24 Sussex, the official residence of Canadian prime ministers. He described several happy memories of living there in his memoir, Common Ground.

A highlight for Trudeau, who was given the codename Maple 3 by the security detail, was seeing Diana, Princess of Wales.

Trudeau said the family name was initially a reason to shun the political limelight.

But Nixon’s remarks more than four decades ago turned out to be prescient. Less so were the US diplomats who wrote in a 2009 cable on the Liberal party obtained by WikiLeaks that there were “no real stars on the horizon – apart from Justin Trudeau, who most describe as eminently likeable but sadly prone to stray off script – not the sure-fire leadership a successful Liberal party will need.”

Obviously, they should’ve listened to Nixon.