No Matter Who Wins In Alabama, Republicans Stand To Lose

There are no good outcomes for the GOP in Alabama. 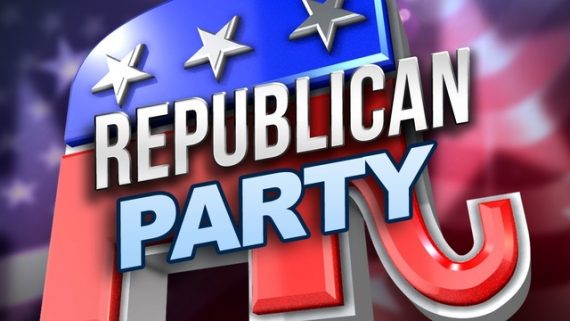 The Washington Post’s Paul Kane notes that the GOP stands to lose no matter who wins today’s Alabama Senate race:

If Moore wins, McConnell will face the greatest test yet of the “contagion” theory that he has followed for the past five years. The Senate probably would open an immediate ethics investigation of allegations that Moore made inappropriate advances toward teenage girls when he was a local prosecutor in his 30s. Perhaps more important, the former judge’s positions on such issues as gay rights, marriage and Islam would draw immediate attention — in Moore’s floor speeches, his appearances on news shows and his daily interactions with the congressional press corps in halls of the Capitol — and would force Republicans to explain their colleague’s views day after day after day.

It began during the 2012 Senate campaign in Missouri, when Republican Todd Akin lost after claiming, in an effort to explain his opposition to abortion even in cases of assault, that pregnancy rarely results from a “legitimate rape.” Ever since, Senate Republicans have forcefully tried to defeat candidates they consider on the fringes of public opinion to protect themselves from being damaged by out-of-step views.

Until the Alabama campaign, McConnell’s team had a more than four-year run in successfully thwarting those types of insurgent Republicans in primary races. The strategy helped Republicans end the 2014 and 2016 elections with the majority.

But the run ended this year in Alabama, in the unpredictable era of President Trump. And now, Republicans are unsure about how to proceed.

A Jones victory would give Democrats an immediate injection of energy, and it would encourage others to make long-shot bids in Republican states such as Nebraska, Utah and Wyoming. GOP incumbents are considered overwhelming favorites in those places, but if a Democrat can win in Alabama, it will provide encouragement to others.

If Jones is elected, Senate Minority Leader Charles E. Schumer (D-N.Y.) would need a net pickup of two seats next year, and although that would still seem like a high hurdle — Democrats are defending almost three times as many seats as Republicans are, and 10 of them are in states that Trump won last year — it would open a path.

All of it makes that GOP strategy over the summer — what seems like several lifetimes ago — feel ill-advised in the cold light of December.

Kane’s argument, of course, only touches on part of the dilemma that Republicans face in the wake of tonight’s results. As I noted yesterday, a Moore victory would likely mean that he would end up becoming as much of a focus of the Democratic strategy in 2018 as Donald Trump is destined to be. Republican candidates for Senate, particularly those in the handful of states where Republican seats are potentially at risk such as Nevada and Arizona and those running to unseat Democrats in traditionally red states such as Montana and North Dakota will be put on the hot seat and forced to either associate themselves with Moore or distance themselves from him. Candidates for potentially vulnerable House seat are likely to face the same question even though Moore sits in a different chamber of Congress. This will happen not just due to the sexual improprieties that will continue to hang around Moore’s neck but also with the host of controversial statements that Moore and his supporters have made about Muslims, gays and lesbians, and others that Democrats would no doubt seek to attach to the Republican Party as a whole.

In addition to the consequences for candidates in 2018, a Moore victory will place Mitch McConnell and the Senate Republican Caucus in a bind. In the month since the allegations of sexual impropriety leveled against Moore, several Republicans have said that if he is elected then the Senate should send the allegations against him to the Ethics Committee while others have said that the Senate should essentially bypass the Ethics Committee process, which would take an extended period of time to complete, and move to expel Moore from the Senate. That move would require an affirmative vote from two-thirds of the membership of the Senate, meaning that at least nineteen Republicans would need to join with the Democrats in voting for expulsion. In that regard, it’s worth noting that a poll released this morning from Politico and Morning Consult shows that 61% of respondents say that Moore should be expelled from the Senate if he wins the election. This includes 77 percent of Democrats, 59 percent of independents and even 45 percent of Republicans. If Republicans fail to move against Moore should he win, then they will be painted as hypocrites. If they do try to expel him from the Senate, then they are likely to raise the ire of their own base and, most especially that segment of the base that is most loyal to the President. How they choose to act is likely to have real implications for the 2018 midterms.

While it would allow them to avoid the twin problems of having Moore hung like an albatross around their necks in 2018 and facing pressure to push him out of the Senate even while contemplating a rebellion from the base if they do, a Doug Jones victory would pose more practical problems for the GOP. As it stands, Republicans control the Senate by the slim margin of 52 seats to 48 seats for the Democrats. Losing Alabama would drop that majority to 51 seats. We’ve already seen in connection with both the debate over health care reform and the debate over tax reform, Republicans are at a point where they can ill afford to lose a single Republican Senator even in those situations where they don’t have to worry about a sixty-vote threshold. As things stand now, McConnell can still afford to lose two Senators and still get legislation passed with the Vice-President’s tie-breaking vote. If Jones wins, that margin would drop to a single vote. This would give individual Republican Senators who may be on the fence about particular pieces of legislation tremendous bargaining power and would make accomplishing anything in the Senate even harder than it already is at the moment.

Of course, Republicans have nobody to blame but themselves. The phenomenon that led to Roy Moore’s candidacy and his victory in the Senate primary are the same ones that resulted from the Republican Party’s ill-fated decision to make common cause with the Tea Party and other populist movements on the right, which in turn led to the rise of Donald Trump and the fact that the Republican Party has much less power than it seems to even though it controls both chambers of Congress and the White House. They fed the monster, mostly because it helped them win elections and fill their campaign coffers, and now they’re paying the price. I can’t say I feel sorry for them at all.

Polling Continues To Show A Tight Senate Race In Alabama