NRA Ad Was Wrong, Sidwell Friends Does Not Have Armed Guards

The National Rifle Association came under a lot of criticism earlier this week for releasing an ad in which they referred to the President as an “elitist hypocrite” for sending his daughter’s to a school that had armed security while denying that security to America’s schoolchildren. Well it turns out that Sidwell Friends, the school that Malia and Sasha Obama attend, doesn’t have armed security at all:

What about the claim that Sidwell Friends has 11 armed guards, which some Web sites have depicted with images of armed police with binoculars?

This is based on the fact that the online directory for Sidwell Friends lists 11 people as working in the Security Department. Five are listed as “special police officer,” while two are listed as “on call special police officer,” which presumably means they do not work full-time. The directory also lists two weekend shift supervisors, one security officer and the chief of security.

Under the District of Columbia General Order 308.7, a special police officer is a private commissioned police officer with arrest powers in the area that he or she protects. They may also be authorized to bear firearms — but it is not required. Security officers, by contrast, cannot carry firearms and in effect are watchmen. So five to seven security personnel in theory could be licensed to carry firearms.

But we spoke to parents who said they had never seen a guard on campus with a weapon. And Ellis Turner, associate head of Sidwell Friends, told us emphatically: “Sidwell Friends security officers do not carry guns.” (Note: this includes those listed as special police officers.)

Sidwell Friends, by the way, has two distinct campuses, a lower school in Bethesda and a middle and upper schools in Washington. So given shift rotations and three different schools, it appears that the 11 “armed guards” is really just one or two unarmed guards per school at a time.

The Obama daughters are, of course, protected by Secret Service details as required by Federal Law, but that is very different from armed private school security. So, the NRA is wrong to claim that the President’s daughters go to a school with armed security. Because they don’t. 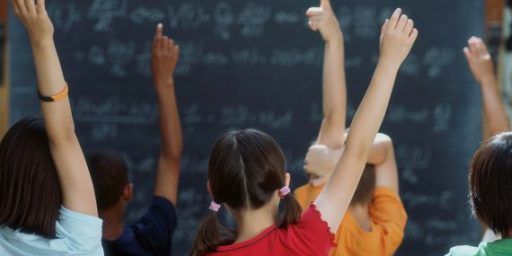