President Obama overruled his top legal advisors in deciding that the Libya operation does not amount to "hostilities" under the War Powers Act. 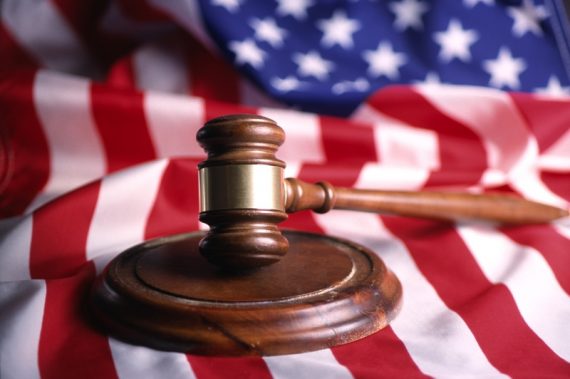 President Obama overruled his top legal advisors in deciding that the Libya operation does not amount to “hostilities” under the War Powers Act. (In fairness, he had other top lawyers on his side.)

President Obama rejected the views of top lawyers at the Pentagon and the Justice Department when he decided that he had the legal authority to continue American military participation in the air war in Libya without Congressional authorization, according to officials familiar with internal administration deliberations.

Jeh C. Johnson, the Pentagon general counsel, and Caroline D. Krass, the acting head of the Justice Department’s Office of Legal Counsel, had told the White House that they believed that the United States military’s activities in the NATO-led air war amounted to “hostilities.” Under the War Powers Resolution, that would have required Mr. Obama to terminate or scale back the mission after May 20.

But Mr. Obama decided instead to adopt the legal analysis of several other senior members of his legal team — including the White House counsel, Robert Bauer, and the State Department legal adviser, Harold H. Koh — who argued that the United States military’s activities fell short of “hostilities.” Under that view, Mr. Obama needed no permission from Congress to continue the mission unchanged.

Presidents have the legal authority to override the legal conclusions of the Office of Legal Counsel and to act in a manner that is contrary to its advice, but it is extraordinarily rare for that to happen. Under normal circumstances, the office’s interpretation of the law is legally binding on the executive branch.

A White House spokesman, Eric Schultz, said there had been “a full airing of views within the administration and a robust process” that led Mr. Obama to his view that the Libya campaign was not covered by a provision of the War Powers Resolution that requires presidents to halt unauthorized hostilities after 60 days. “It should come as no surprise that there would be some disagreements, even within an administration, regarding the application of a statute that is nearly 40 years old to a unique and evolving conflict,” Mr. Schultz said. “Those disagreements are ordinary and healthy.”

As to the president’s conclusion, I fully endorse Andrew Exum‘s view:

I’m no lawyer, I’ll admit, but I do know thing or two about shooting wars, having been in a few and having studied others, and the conflict in which we have intervened in Libya is most certainly a war. The reason why the Obama Administration’s legalistic determination that it is not a war is ridiculous is not because we’ve gotten to the point where we care most about which lawyers were smarter than other lawyers but because it does not pass the “common sense test” or “laugh test” of most Americans. I more or less approve of the way this administration has handled foreign and defense policy, but the way in which it has handled Libya, from the decision to intervene to this stupid determination that it is not a war, is a head-scratcher. And this latest episode, which to most Americans I suspect looks like a bunch of eggheads arguing about how many bombs you have to drop for it to be “hostilities” and, while they’re at it, how many angels can dance on the head of a pin, is simply one of the stupidest things I’ve read in some time. It does not pass the laugh test, and the administration has handed an empty net to anyone looking to score points off of this. Just incredibly stupid.

Additionally, I think it’s stupid because he could almost certainly obtain Congress’ support if he forced them to take a formal stance. But Obama is also taking some grief in the blogosphere on the legal front.

Jonathan Adler, director of the Center for Business Law and Regulation at Case Western, notes how unusual overruling OLC is. His Volokh Conspiracy colleague John Elwood, who as held numerous senior-level positions at DOJ and is now in private practice, raises a fundamental question, citing a question Senator Sheldon Whitehouse asked him at a 2008 hearing:

The Department of Justice is bound by the President’s legal determinations. I mean, I thought we’d cleared that when President Nixon told an interviewer that if the President does it it’s not illegal. That stands on the proposition that the President has authority to supervise and control the activity of subordinate officials within the executive branch.

But the idea that the Attorney General of the United States and the Department of Justice don’t tell the President what the law is and count on it, but rather it goes the other way, opens up worlds for enormous mischief.

That strikes me as nonsense. The AG and the DOJ are subordinate to the president, not the other way around. The AG and other senior members of the DOJ team are political appointees who serve at the pleasure of the president. And even the opinions of the professional staff at DOJ and OLC are merely advisory; it’s the president’s job to make the ultimate call.

Now, given that these people are not only highly skilled lawyers but on the president’s side, it’s extraordinarily unwise to overrule their judgment. But that’s true of senior military, intelligence, and diplomatic advisors, too, and we think nothing of it when presidents exercise their judgment independently of their advice.

Nixon’s statement that “When the President does it, that means it is not illegal” is demonstrably untrue. The president, like any other citizen, is obliged to follow the law. Indeed, a unanimous Supreme Court ruled (unwisely, in my view then and now) in Clinton v. Jones that a sitting president was subject to civil lawsuit. It’s unclear whether a president is subject to arrest for criminal violations while in office, since the Constitution doesn’t contemplate it and, thankfully, we’ve never had to test it. The Constitutional remedy is the impeachment process.

But Obama’s call on Libya isn’t a criminal matter, but a technical matter of deciding when a law is triggered. While I strongly believe he erred here, agreeing with Exum that his decision was laughable on common sense grounds, there’s a plausible legal argument to be made here. (See Richard Fernandez‘ interesting discussion, via Jack Balkin, of the differences between legal truth and objective truth.) And, again, the remedy is the checks and balances set forth in the Constitution, not presidential deference to his subordinates.  As Doug noted yesterday, Congress is not receiving Obama’s skirting of the War Powers Act well. They have all manner of tools at their disposal, including and up to impeachment (which, to be clear, would be unwarranted). Theoretically, they could also take the matter to the courts; realistically, the courts will almost certainly decline to get involved.

There’s also an election next November. If the people are truly upset by this (and, I don’t think they are) they can vote Obama out of office.