ON A LIGHTER NOTE

This soldier is making the most of his deployment: 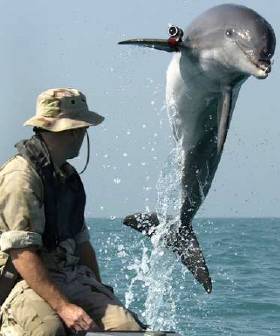