The When It Rains, It Pours Edition OTB Caption ContestTM is now over.

The When It Rains, It Pours Edition OTB Caption ContestTM is now over. 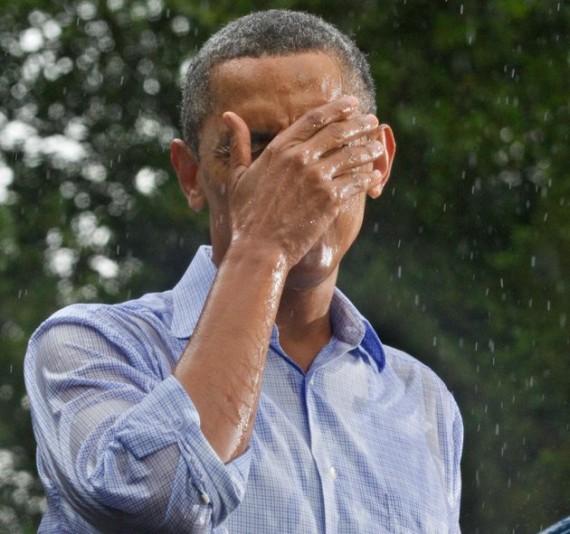 First(tie): Donald Sensing – “How bad do I want to soak the rich? Worse than this!”

Third: Allan Bourdius – New fundraising gimmick for the President: $3 gets you a shot from ten paces with a super-soaker.

mannning – There are none so blind as those who will not see.

I thought Nixon sweat a lot

face palm – When your political opponent retired from the company three years before he left it.

Obama: “Dear Lord, you aren’t going to rain on my big speech are you?”
God: “Barry… that isn’t rain.”