The Kinetic Military Man of Action Edition OTB Caption ContestTM is now over.

The Kinetic Military Man of Action Edition OTB Caption ContestTM is now over. 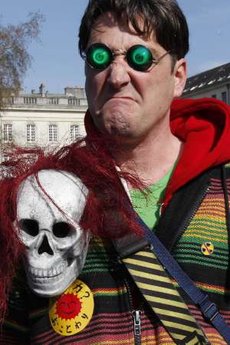 Second: John Burgess – Ark Productions swears my next song is going to be the breakout!

Third: charles austin – Does anybody else think he only speaks in capital letters?

Shopaholic_918 – Why does everyone keep asking me if I’ve just come back from Japan?

JazzShaw – While the Libyan army wasn’t terribly effective on the battlefield, their uniforms were exceptionally fierce.

Robert W. Armijo – I don’t know about you, but I heard he’s big in Japan.

Stormy Dragon – Dr. Octopus will look a lot more convincing once the CGI is done, really.

The Thursday Contest is already shopping at Walmart.