The Jump The Shark Edition OTB Caption ContestTM is now over.

The Jump The Shark Edition OTB Caption ContestTM is now over. 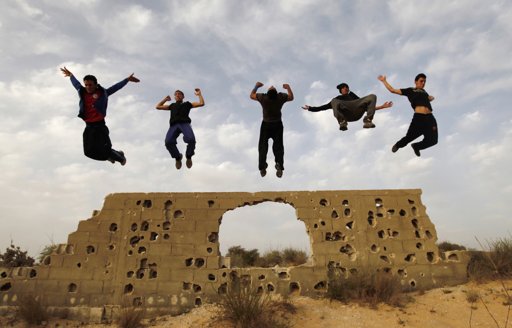 First: Hal 10000 – Due to the sequester, gravity has been suspended in some parts of the world.

Donald Sensing – Synchronized minefield clearing did not gain approval of the Olympic Committee since there rarely were enough survivors to award all three medals.

John Burgess – Wow! Sure is a good thing we jumped when we heard the bolt being engaged!

jd – What a HORRIBLE place to respawn!

Patrick McCain – Senator Feinstein shows how a 5-bullet limit to ammunition clips is enough to get the job done.

The Arthur Dent School of Flight

The Young Islamic Suicide Bomber Association strives to achieve the same level of recognition as the YMCA.

Who’s the fifth Beatle this time?

I never did like this episode of Glee Club.

The Thursday Contest is already practiced at Perestroika.