The The Audubon Autobahn Edition OTB Caption ContestTM is now over.

The The Audubon Autobahn Edition OTB Caption ContestTM is now over. 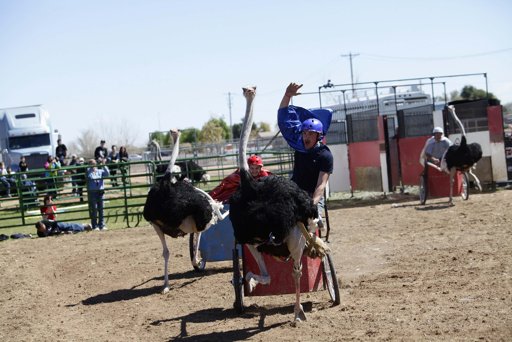 First: OzarkHillbilly – President Obama didn’t fool any one at the NRA with his Charlton Heston impersonation.

John Burgess – The latest CAFE standards are really going to change the way Americans commute, for once and for all.

Paul Hooson – “You cheated…you supercharged your ostrich on meth!”

Robert W. Armijo – Despite its exotic allure, Ostrich off track betting (OOTB) left much to be desired.

If you’ve ever had a relative perish, right after saying “Hey y’all, Watch this!” You just may be a redneck.

Why do I keep hearing the Chicken Reel