The Break A Leg Edition OTB Caption ContestTM is now over.

The Break A Leg Edition OTB Caption ContestTM is now over. 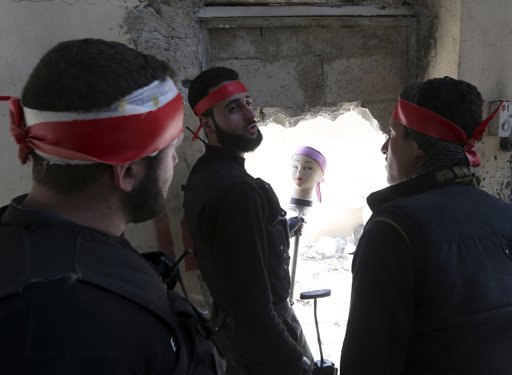 First: CSK – “Kukla, Fran, and Allah” was one of the more popular children’s puppet shows broadcast by the Junior Jihadi Network.

Second: Tony W – Hey dude, get your own girlfriend.

Third: OzarkHillbilly – The newest treat, Asma al-Assad on a stick, was a big hit at the Rebel Country Fair.

Stormy Dragon – After months of stalemate with Assad’s forces, the Syrian rebels finally start getting a head.

He who must not be named – Achmed the Live Terrorist’s Jeff Dunham act was very popular. Not particularly good, but popular. (playing before a tough crowd – rodney)

jd – A man with a silly little putter like that shouldn’t be making fun of anyone’s golf club sock.

Pharoah Narim – “Curses Brothers! You’ve failed the test again! How many times have I warned you not to directly gaze upon the evil of the uncovered female. You must enjoy the creepy bulges her witchcraft gives us!”

John D’Geek – Down on his luck Ventriloquist.

Just what the hell did you think I meant when I said, “Go get us some head.”

“No no, Fadwa has risked enough, you stick out your head Jamal.”

If you can keep your head when all about you
Are losing theirs and blaming it on you,
If you can trust yourself when all men doubt you,
But make allowance for their doubting too – (Kipling)

The Monday Contest is already operating at a standstill. 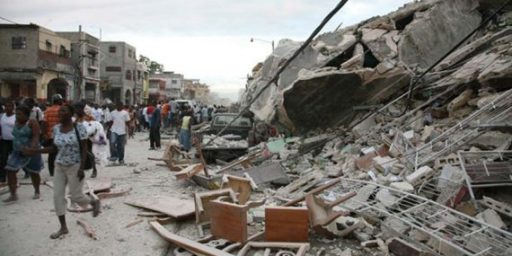