The That's No Moon Edition OTB Caption ContestTM is now over.

The That’s No Moon Edition OTB Caption ContestTM is now over. 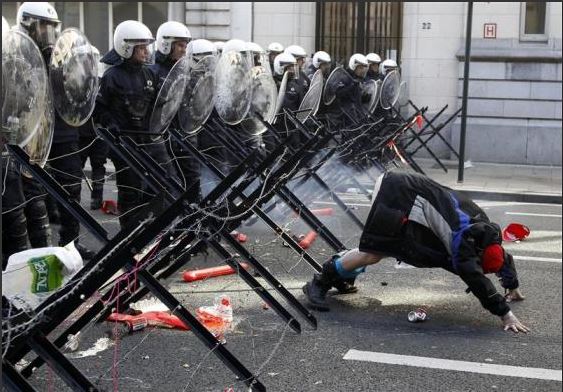 Second: MstrB – Looks like one person signed up for Obamacare today.

Third: al-Ameda – Roll out of the new Voter ID program in Texas

OzarkHillbilly – The police did not know what to make of the William Wallace impersonation.

John Burgess – “The soap! The soap! Where the hell’s the soap?!

Pinky – Exactly who is gassing whom?

He who must not be named – The guy in the red cap was part of a larger protest demanding more government. He got what he wished for.

The attack will occur in the morning at the crack of Don.

Once Obama dispensed with the stealth middle finger in favor of more direct signs of disdain people began to get suspicious.