The Hello You... Edition OTB Caption ContestTM is now over.

The Hello You… Edition OTB Caption ContestTM is now over. 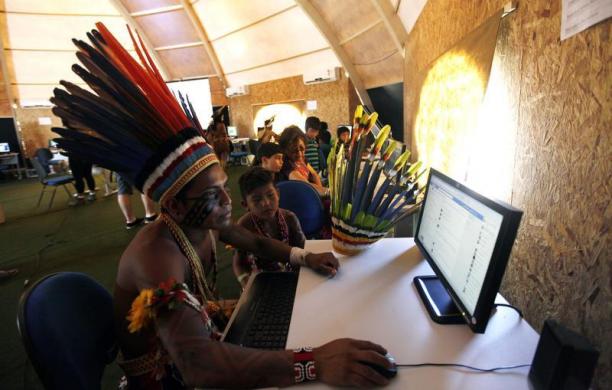 Second: He who must not be named – Amazon.com? WTF?

Abbey Kessman – Ok, Google search for “Words to use instead of Redskins”

John Burgess – Witch doctoring the Obamacare website had not noticeable effect on its functioning.

Kevin – President Obama Skype’s with his family in Kenya

OzarkHillbilly – Boy, it’s really tough to find a quality headdress on e-bay, too many scammers.

al-Ameda – “What, Jersey Shore has been canceled?”

Tillman – Confused, the tribesman decides to look up the definition of “oonga boonga.”

Mu – The Brazilian roll-out of healthcare.br wasn’t any smoother than the US version.

Now for that VooDoo that you do so well.

That’s what ‘getting a Brazilian’ means? ew…..

“It’s so hard to find good ‘curare’ on Amazon…”

The Thursday Contest has already dialed the wrong number.