The Trinity Exchange Edition OTB Caption ContestTM is now over.

The Trinity Exchange Edition OTB Caption ContestTM is now over. 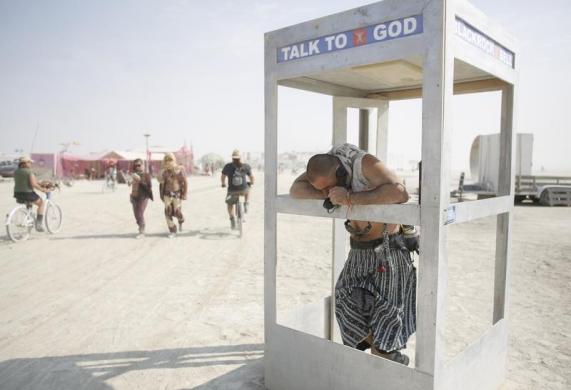 Tony W – Yeah Mommy, (sniff) then they made fun of my Hammer Pants

markm – “thanks bro….I don’t know how you did it but sending Fielder to the Rangers was a miracle”

OzarkHillbilly – The inevitable reaction when one figures out they are really talking to Friedrich Nietzsche.

John425 – Penitent caller: “But she swore she was eighteen…”

He who must not be named – I hear Lily Tomlin saying, “Because we’re the phone company, which might as well be God to you.”

Hello… My name is Peggy…

…but what if I don’t want to go to Nineveh?

On Phone: “Noah? How long can you tread water?”

The Holy Smokes exhibit at the Burning Man

Hello, Brahma… this is Sam… You know… Mahatsamatman…