A Federal Judge in Washington, D.C. has upheld the Administration's ban on bump stocks. 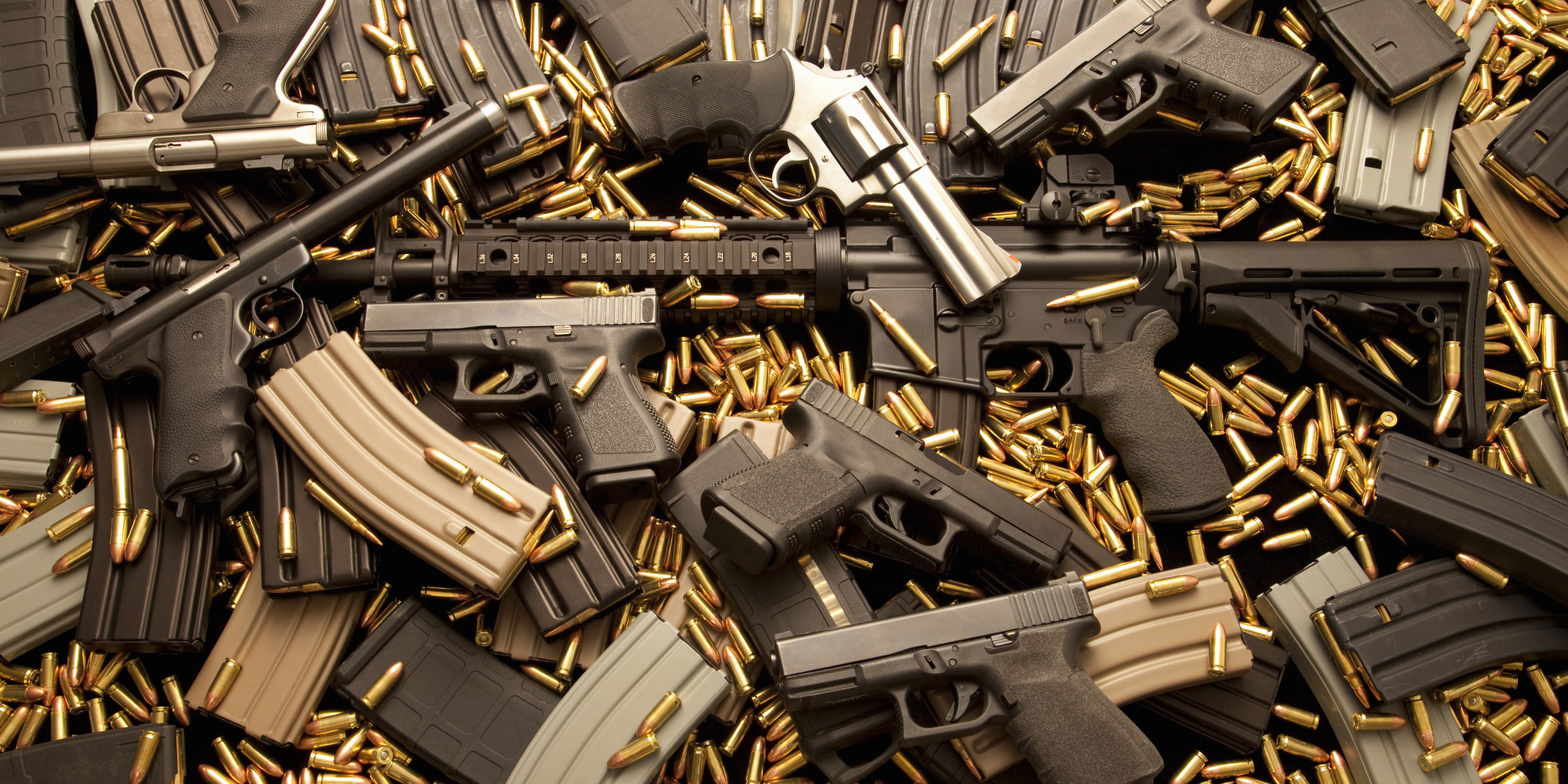 A federal judge in Washington ruled late Monday that the Trump administration’s ban on rapid-fire rifle attachments known as bump stocks can move forward, stymieing efforts by gun-rights groups that sought to block the new policy.

In a 64-page decision, U.S. District Judge Dabney L. Friedrich found that the Firearms Policy Coalition and other groups did not put forth any convincing legal arguments in favor of stopping the Trump administration from carrying out the ban, which targets a device used in the 2017 Las Vegas massacre, the deadliest mass shooting in modern U.S. history.

Friedrich, a 2017 appointee of President Trump to the District of Columbia, ruled it was “reasonable” of the Bureau of Alcohol, Tobacco, Firearms and Explosives to conclude that a bump-stock, which uses the recoil energy from a rifle to automatically fire the next round, performs the same function as a machine gun and should therefore be banned just like machine guns under federal law.

Trump moved to ban bump stocks in the wake of the Las Vegas shooting with loud bipartisan support from Congress and anti-gun-violence advocates. The October 2017 shooting left 58 people dead and hundreds wounded after a man rained gunfire on concertgoers at the Route 91 Harvest festival, firing from the 32nd floor of his Vegas hotel. Affixed to a dozen of the 23 rifles found in his room were bump-stock devices, which allowed him to fire multiple rounds more quickly.

The Firearms Policy Coalition sued the Trump administration in December after ATF changed federal rules to ban the devices at Trump’s request. The group argued that the agency had flouted numerous procedures when it made the rule change, building its case mostly on procedural law rather than invoking the Second Amendment. In part, the group challenged ATF’s divergence from its previous interpretation of the law, when it concluded in the mid-2000s that only a certain type of bump stock should be banned.

But Friedrich said ATF did not violate any laws under the Administrative Procedure Act as it reconsidered whether a bump stock was a machine gun and declined to issue a preliminary injunction against the ban.

“That this decision marked a reversal of ATF’s previous interpretation [of the meaning of bump stock] is not a basis for invalidating the rule,” Friedrich wrote, “because ATF’s current interpretation is lawful and ATF adequately explained the change in interpretation.”

The ruling puts gun-rights groups on a tight timeline should they appeal the ruling, which they indicated in court filings that they plan to do. ATF’s bump-stock ban is slated to go into effect March 26. At that point, bump-stock owners will be required to destroy the devices by melting or shattering them or to drop them off at an ATF office.

In its rule change, ATF simply clarified the definitions of words such as “automatic” and phrases such as “single function of the trigger.” The agency has been debating whether certain types of bump stocks should be banned since at least 2002. It decided that a single type of bump stock was illegal in 2006 before expanding that interpretation to all bump stocks in December.

The gun-rights groups also tried to challenge the validity of the rule on the grounds that then-acting attorney general Matthew G. Whitaker had been unconstitutionally appointed by Trump. Friedrich found that this argument also lacked any merit.

The bump-stock issue has been floating around the gun control debate for the better part of the past two years. In the immediate aftermath of the massacre in Las Vegas that left 57 people dead and hundreds injured after a man using semi-automatic weapons equipped with bump stocks shot at a crowd gathered in an outdoor arena for a country music festival, there was much focus on these devices which were largely unknown even among people who are self-admitted gun hobbyists and enthusiasts. Even strong proponents of gun rights (see here, here, and here, for example) argued that there was no defensible reason for such devices to be legal, something I argued myself just a few days after the shooting. Many Republicans on Capitol Hill agreed, and at least publicly stated that they would be willing to move forward on Congressional action to ban the device. Additionally, polling showed that the American public as a whole was very supportive of the idea of banning these add-ons as well as other gun control measures. At the time at least, it seemed as though this would be one small gun control measure on which everyone could agree and that we could see quick action on the part of Congress on what seems like a fairly straightforward issue. Unfortunately, it soon became apparent that this initial optimism was misplaced. With the House and Senate both focused at the time on the Republican tax plan, the bump stock issue quickly faded from away and momentum on any kind of legislation on the issue slowed to a crawl on Capitol Hill. In the end, no action was taken on the issue and nobody seemed to notice. In the wake of the shooting in Parkland, Florida, though, attention was focused on the issue again and President Trump instructed the Justice Department to examine the issue and to issue a regulation banning the devices. This is what led to proposed regulations from the Justice Department, and the new rule that was announced by the BATF back in December.

Judge Friedrich who is, as noted, a relatively recent Trump appointee to the District Court in Washington, D.C., essentially rejects every argument that the Plaintiffs raised in objecting to the change in the existing rule, which had previously found that the agency didn’t have the authority to ban bump stocks under existing law. As a preliminary matter, for example, the Court rejected the argument that the BATF had violated the Administrative Procedures Act, the Court rejected the Plaintiffs arguments on the ground that the rule change was sufficiently supported in both fact and law, specifically referencing the extent to which the rule’s supporting documents established the extent to which bump stocks were specifically designed to evade long-standing laws regarding fully automatic weapons by allowing a gun owner to easily convert a semi-automatic weapon to fully automatic without complying with the law. The Judge also found that the Plaintiff’s demand for an injunction due to alleged violations of the Takings Clause of the Fifth Amendment were not valid due to the fact that the proper procedure in such cases was to file an independent lawsuit seeking compensation for a taking and that injunctions are generally not available in such situations. Taking all of this into account, the court ruled, it was unlikely that the Plaintiff would succeed on the merits of its claims and that he, therefore, could not be granted a preliminary injunction. Finally, the Court rejected an argument that sought to invalidate the rule on the ground that Matthew Whittaker, who was serving as Acting Attorney General at the time the rule was issued, was not properly appointed to his position. Judge Friedrich found this argument was without merit, although it seemed to me that this entire portion of the Plaintiff’s case was made moot the moment Whitaker stopped serving as Acting Attorney General and William Barr took over as the new Attorney General.

As noted, the Plaintiffs have the right to appeal this case to the Court of Appeals for the District of Columbia, but they don’t have very much time to act. The rule that was handed down in December provides that gun owners who own bump stocks must turn them in by March 26th, which is a month from now. This means that they will need to act quickly and seek at least a temporary stay pending appeal, something that very well might not be granted. If they fail to get that, then the entire case would arguably become effectively moot, although to be honest, it seems unlikely that any appeal of this ruling will be all that successful to begin with.

Momentum For A Law Banning Bump Stocks Has Slowed