As expected, the Justice Department has issued a new rule banning bump stocks. However, it is likely to face legal challenges. 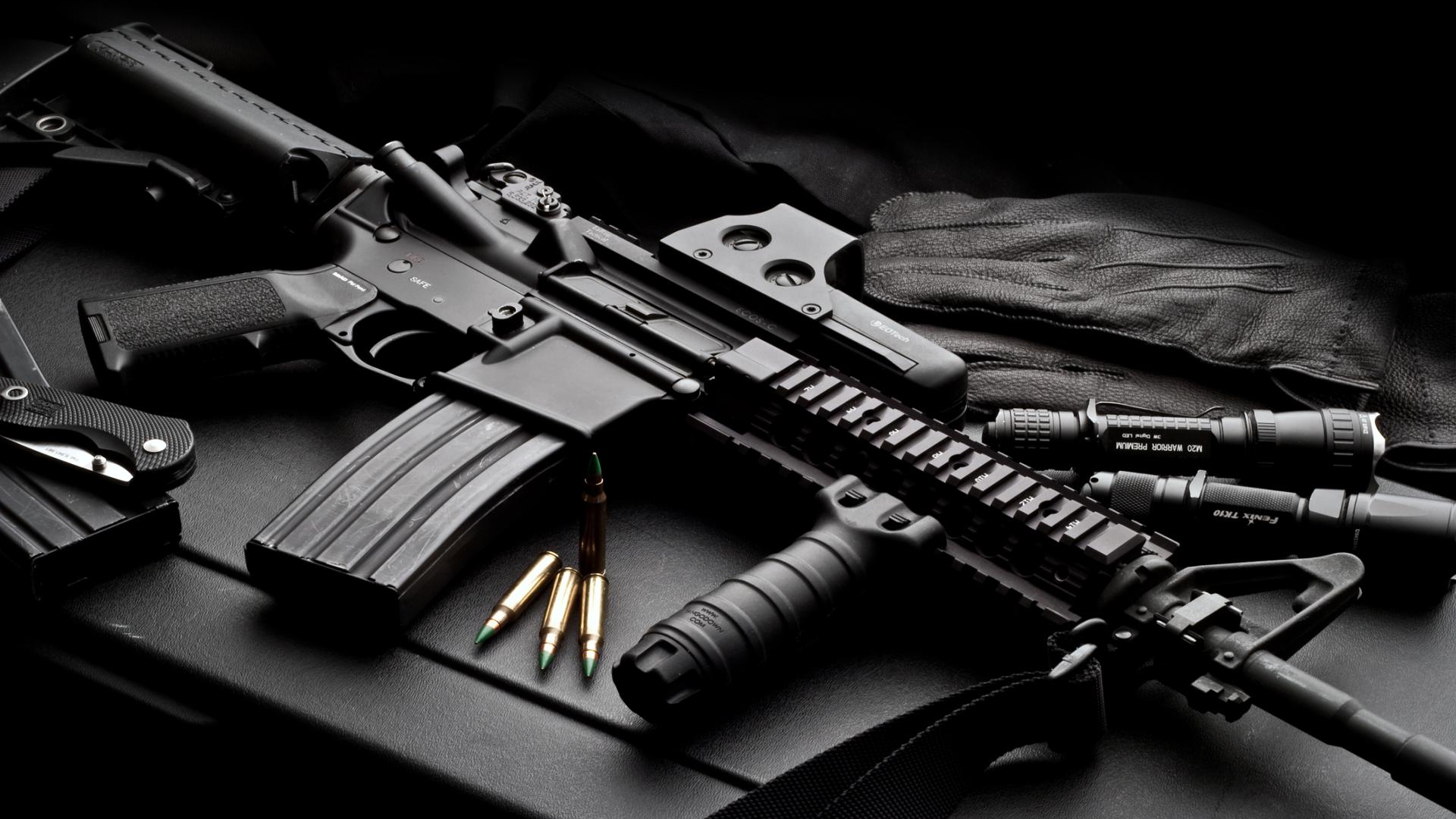 The Trump Administration, acting via the Justice Department, has announced a ban on bump stocks, devices that allow semi-automatic weapons to function as automatic weapons, and ordered the confiscation, surrender, or destruction of existing bump stocks:

WASHINGTON — The Trump administration on Tuesday issued a new rule banning bump stocks, the attachments that enable semiautomatic rifles to fire in sustained, rapid bursts and that a gunman used to massacre 58 people and wound hundreds of others at a Las Vegas concert in October 2017.

The new regulation, which had been expected, would ban the sale or possession of the devices under a new interpretation of existing law. Americans who own bump stocks would have 90 days to destroy their devices or to turn them in to the Bureau of Alcohol, Tobacco, Firearms and Explosives. The Justice Department said A.T.F. would post destruction instructions on its website.

Bump stocks work by harnessing a firearm’s recoil energy to slide it back and forth to bump against a squeezed trigger, so that it keeps firing without any need for the shooter to pull the trigger again. The Justice Department said that this function transforms semiautomatic weapons, like assault rifles styled on the AR-15, into fully automatic machine guns, which Congress sharply restricted in 1986 — allowing the ban.

A senior Justice Department official, briefing reporters about the new rule on condition of anonymity, said that it was believed that tens of thousands of bump-stock devices are in circulation, but that more exact figures are unavailable. The official said the department expected that most owners of the devices would comply with the new regulation, and that A.T.F. would investigate and take legal action against those who violate it.

After publishing a proposed version of the rule earlier this year, the government received 119,264 comments in support of it and 66,182 expressing opposition to it, the Justice Department said.

The regulatory move may face a legal challenge. The Justice Department had initially decided that the executive branch lacked the authority to ban bump stocks on its own under existing gun-control laws, and that action in Congress — where it is politically difficult to enact new gun-control legislation — would be necessary to curb legal access to the devices.

But the department reinterpreted its legal authority and determined it could ban the devices as an executive action after President Trump directed it to find a way to prohibit them earlier this year, following the mass shooting at Marjory Stoneman Douglas High School in Parkland, Fla. (The shooter in that massacre, who killed 17 people and wounded 17 others, did not use a bump stock.)

In the immediate aftermath of the massacre in Las Vegas that left 57 people dead and hundreds injured after a man using semi-automatic weapons equipped with bump stocks shot at a crowd gathered in an outdoor arena for a country music festival, there was much focus on these devices which were largely unknown even among people who are self-admitted gun hobbyists and enthusiasts. Even strong proponents of gun rights (see here, here, and here, for example) argued that there was no defensible reason for such devices to be legal, something I argued myself just a few days after the shooting. Many Republicans on Capitol Hill agreed, and at least publicly stated that they would be willing to move forward on Congressional action to ban the device. Additionally, polling showed that the American public as a whole was very supportive of the idea of banning these add-ons as well as other gun control measures. At the time at least, it seemed as though this would be one small gun control measure on which everyone could agree and that we could see quick action on the part of Congress on what seems like a fairly straightforward issue. Unfortunately, it soon became apparent that this initial optimism was misplaced. With the House and Senate both focused at the time on the Republican tax plan, the bump stock issue quickly faded from away and momentum on any kind of legislation on the issue slowed to a crawl on Capitol Hill. In the end, no action was taken on the issue and nobody seemed to notice. In the wake of the shooting in Parkland, Florida, though, attention was focused on the issue again and President Trump instructed the Justice Department to examine the issue and to issue a regulation banning the devices. This is what led to proposed regulations from the Justice Department, and this new rule is the result of that process.

Obviously, this new rule will raise a number of legal issues, some of which seem easy to resolve than others.

The primary argument, of course, would be a challenge under the Second Amendment, but in this case it seems clear that the argument against the ban would be unlikely to succeed. In his majority opinion in District of Columbia v. Heller, which is essentially the first Supreme Court opinion to deal with the basic scope of the Second Amendment in its 200-year history, Justice Scalia made it clear that the Court was explicitly not finding that the right that the Amendment covers is unlimited or that the Amendment meant that there were no circumstances under which the Federal Government, states, or localities could regulate the types of weapons citizen could own or carry:

The Miller decision that Scalia makes reference to here is United States v. Miller,  a 1939 ruling from the Supreme Court upholding a law enacted in 1934 which placed restrictions on the ownership of the machine guns (i.e., fully automatic weapons) of the day and heavily taxed their owners. Clearly, Scalia was intending to make it clear that Heller was not intended to overrule Miller and that it was also not intended to stand for the proposition that any regulation of weapons was per se invalid under the Second Amendment. Taken in that context, it seems clear that a regulation designed to prevent semiautomatic weapons from being converted to fully automatic weapons, which Miller clearly states are not protected by the Second Amendment, would be acceptable under Heller in addition to the fact that it just makes sense.

Another potential issue regarding this new rule concerns the requirement that existing bump stocks be turned into the government or otherwise destroyed. As James Joyner noted on Twitter when the news first broke, there is potentially an issue over whether or not this would be an unconstitutional taking in violation of the Fifth Amendment to the Constitution. In that respect, the most relevant question is whether or not persons who turn over their existing bump stocks would be compensated in some manner for doing so. If yes, then that would arguably satisfy the requirements of Fifth Amendment’s Eminent Domain Clause. I have admittedly not had the opportunity to read the entirety of the 157 page Dept. of Justice memorandum, so I can’t speak to the issue of whether there is a potential legal challenge on these grounds or not, but it will most assuredly come out if there is.

The final legal issue that comes to mind is perhaps the must nuanced and difficult one, and that’s the question of whether or not the Bureau of Alcohol, Tobacco, and Firearms has the legal authority to issue this rule to begin with. As has been noted in the past, originally the BATF under President Obama had ruled that it lacked the statutory authority to issue a regulation banning bump stocks, meaning that it would be up to Congress to enact legislation accomplishing this if these devices were to be banned. That previous ruling is likely to become the basis for what seems like an inevitable legal challenge to this new rule given the fact that Congress has not changed the law on this issue at all and that the BATF’s rule issued today is based on essentially the same laws that were in effect when its original rule was issued. In any case, the rule has been issued and will go into effect in 90 days unless a Court rules otherwise.

Here is the full memorandum issued by the Justice Department:

Momentum For A Law Banning Bump Stocks Has Slowed