The Zero The Super Hero Edition OTB Caption ContestTM is now over.

The Zero The Super Hero Edition OTB Caption ContestTM is now over. 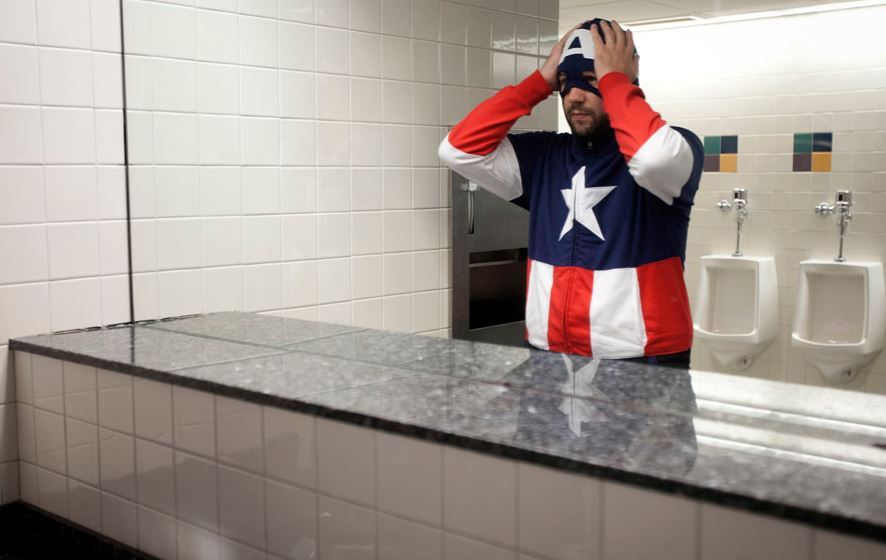 First: Mark Ryan – Captain America is realizing that a phone booth wasn’t such a bad idea.

Second: Pinky – “OK…don’t freak out…the shield isn’t here, and it’s not in the apartment…it’s only made of vibranium, the rarest metal in the universe…where else have I…Starbucks! I went to Starbucks this morning!”

Moosebreath – I knew I shouldn’t have let Iron Man talk me into that shwarma.

He who must not be named – Joe suddenly realizes that all his friends are vampires.

al-Ameda – Damn it, where the hell did my white lines go?

The first person to successfully sign up for ObamaCare

Too bad a toilet lid was the only thing available for a shield.

“This sure beats the bathroom in mom’s basement.”

“I just want to be called Alvin.”

The Monday Contest is ready to bury the hatchet.