The Santa Thaws Edition OTB Caption ContestTM is now over.

The Santa Thaws Edition OTB Caption ContestTM is now over. 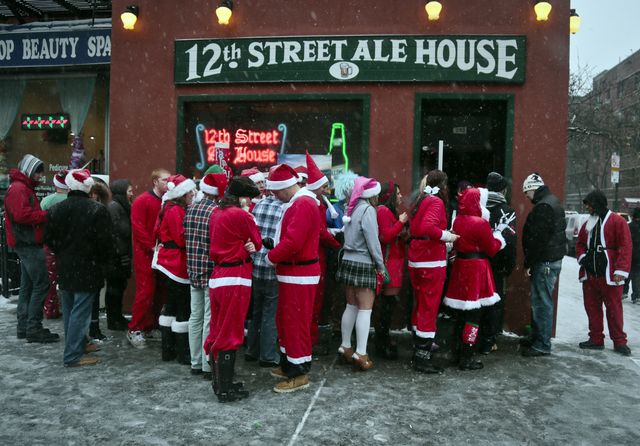 Second: RockThisTown – The elf rasslin’ match is a big draw for Santas everywhere.

Third: Pinky – That girl in the pink hat – Santa put something really nice in those stockings!

Mu – – Never again would the ale house run its “free beer for Santa” promotion during Santacon.

Tillman – It turns out Santa’s Naughty-Or-Nice list can be malleable if you know how to persuade him.

David in KC – You serve one Santa and the next thing ou know, you’re a Santa bar.

Out stood a naughty school girl
In the cold, hoping to get in
Kneesocks and bare legs
Skirt little barrier to the wind

Keep calm and Try an Ale

He’s makin’ a list and checking it twice,
gonna find out who’s hoppy or spiced.

The Monday Contest is already dashing through the snow.