The I Didn't Say Equal Opportunity Edition OTB Caption ContestTM is now over.

The I Didn’t Say Equal Opportunity Edition OTB Caption ContestTM is now over. 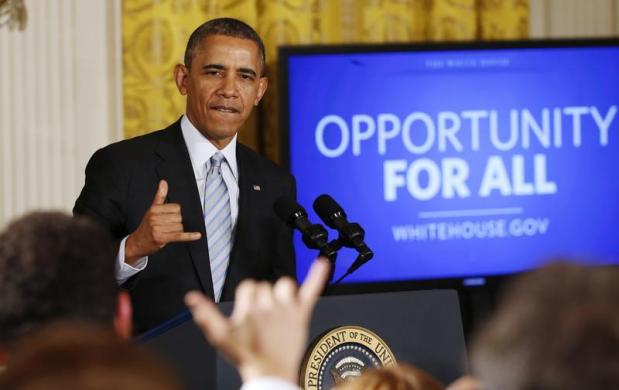 Second: Pinky – Ever since the Mandela funeral, the President has been crowd-sourcing his sign language translation.

Third: al-Ameda – “Kenneth, what is the frequency?”

Franklin – Good question! For the answer, I need to phone a friend.

Mark Ryan – Obama- “I need a volunteer quickly to pull my pin…….(rrrrrrrrriiiiiiip)……..ky.”

“…but Mr. President, wouldn’t those without internet access, NOT have the opportunity to visit the web site?”

OK…. now hold it up to your forehead…

That depends on what the definition of ‘Brother Iz is.’