The Sisterhood of The Traveling Pints Edition OTB Caption ContestTM is now over.

The Sisterhood of The Traveling Pints Edition OTB Caption ContestTM is now over. 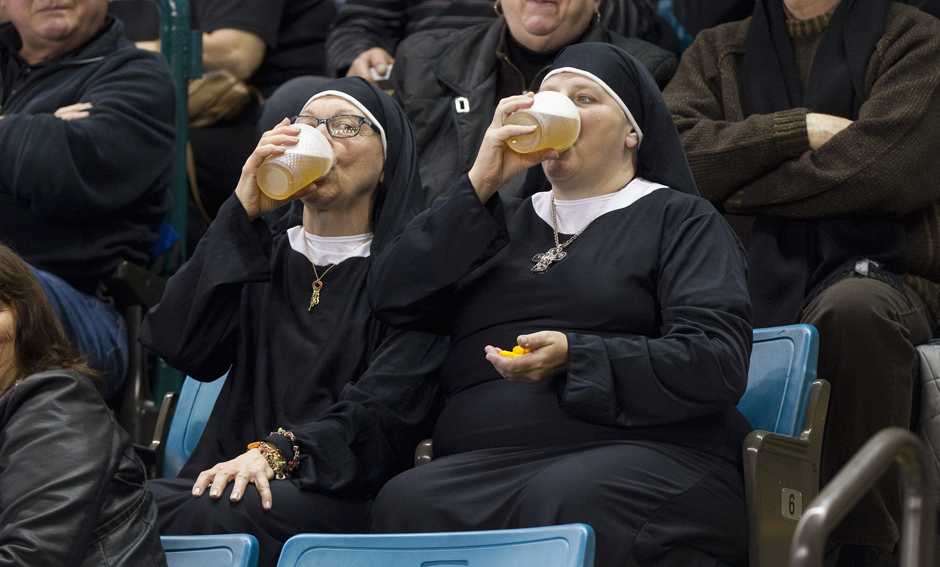 Third: OzarkHillbilly – These Pope Francis Masses beat the hell out of anything Benedict ever did.

RockThisTown – Double proof that God loves us and wants us to be happy.

John Burgess – “Much better than the swill we get at the convent.”

Donald Sensing – “I gave up chocolate for Lent, Sister.” “Me, too.”

JWH – As they hoisted their brewskis, the soon-to-be-former nuns toasted themselves for abandoning one habit and finding another.

Melissa Fletcher – It started out as water.

“Quick. Get your other shoe ready to throw at her.”

Eventually Eric Snowden was able to appear in public with a modicum of anonymity.

“What kind of meat does a Priest eat on Friday?” “Nun.”

Do not taunt happy fun Nun.