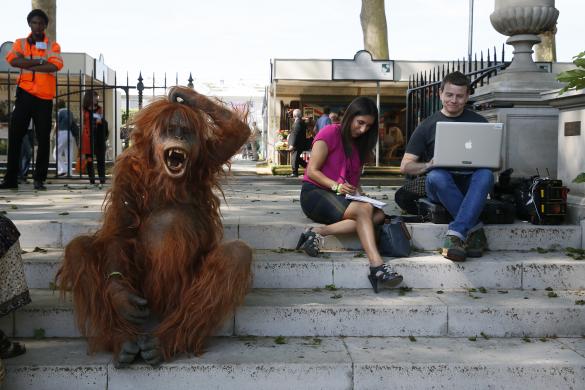 Third: DrDaveT – RNC leadership considering how to reach a younger base

RockThisTown – What has Debbie Wasserman-Shultz done to her hair?

PAUL HOOSON – Another person who doesn’t understand my jokes…

al-Ameda – “If this gig doesn’t work out, there’s always the Washington Redskins”

He who must not be named – Let the feces flinging begin!

JWH – Rodney Dill realized he was late with his new caption contest photo. It should, he thought, have been posted in Ape-ril.

Like most bad band breakups, the last member of ‘The Nairobi Trio’ ended up on the streets.

Raise your hand if you’re Sure