The Sharks Vs. Gas Jets Edition OTB Caption ContestTM is now over.

The Sharks Vs. Gas Jets Edition OTB Caption ContestTM is now over. 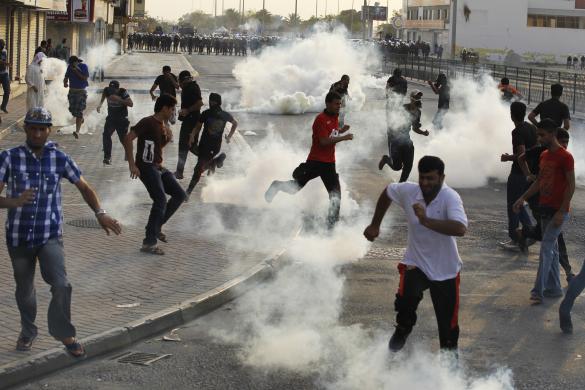 First: James Emerson – As was the case with everything else, there was a critical Beano shortage…(…ever since the demise of Osama Beano Laden – rodney)

Third: OzarkHillbilly – The Select Committee on Benghazi first hearing produced a lot of smoke but no fire.

CSK – The Bahrain Boys Ballet’s interpretation of Swan Lake was lauded by the more avant-garde critics, but the average theatre-goer found it a bit tutu much.

Mu – The royal rumble format for the fog summoning contest was a great success with the spectators.

He who must not be named – They hate these curbs. Everybody stay away from the curbs!

The CIA scored a major intelligence coup when they succeeded in convincing the Taliban to adopt “Pull My Finger” as their secret handshake.

♬ Swing your partner, do si do. ♬

“♬ Everybody was Kung Fu Fighting, Those cats were fast as lightning, it was… ♬ (Aw Fuck Tear gas, run…)”