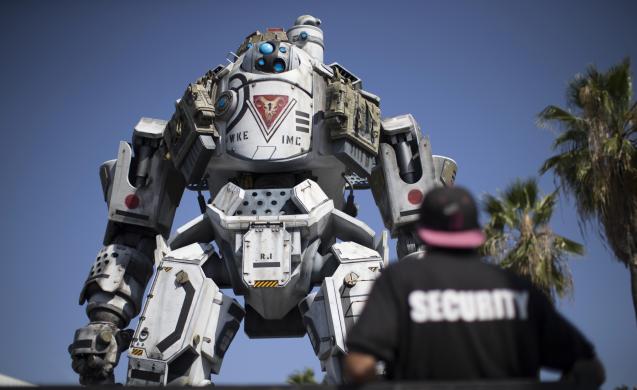 First: Pinky – The battle between Iron Man and Irony Man was short. It was Iron Man’s worst loss, ironically.

Second: OzarkHillbilly – Uhhhh, Houston? We have a problem here.

jd – I, for one, welcome our new robot overlords.

Tillman – “Sure, he looks lethal, but his greatest weapon is the ability to delete all Internet pornography.”

Mark Ryan – “I’ll show you Optimus in his prime, Bitch!”

This is not the droid anyone is looking for.

Must be a submarine robot. The front port is positioned for Seamen.

Number 5 may be alive, but Number 50 is more nifty.

Things got a little dicier after the Supreme Court found the Three Laws of Robotics to be unconstitutional.