The Luke, I Am Your Voter Edition OTB Caption ContestTM is now over.

The Luke, I Am Your Voter Edition OTB Caption ContestTM is now over. 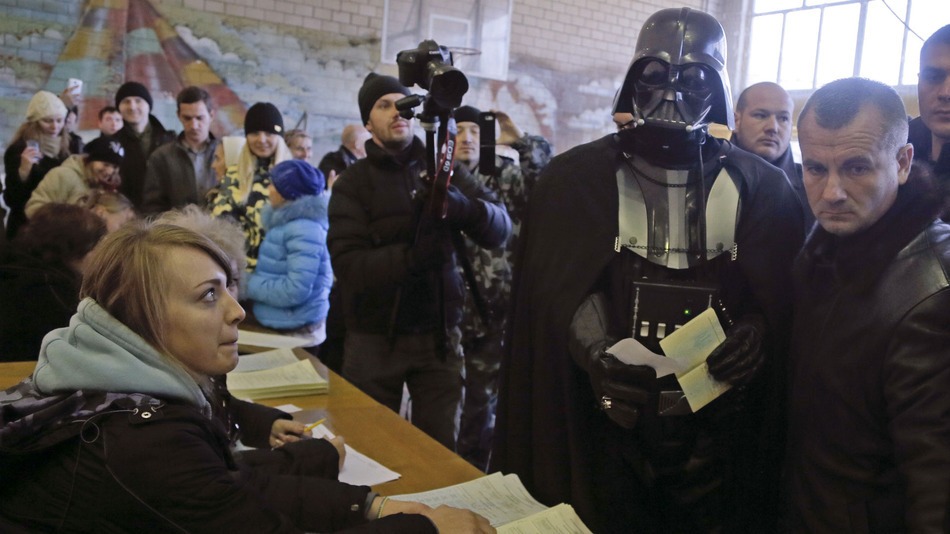 First: Doug Mataconis – “For the millionth time, I am not Dick Cheney!”

Second: Rick Almeida – I find your lack of faith in the democratic process disturbing.

Third: OzarkHillbilly – No, you have to have photo ID issued by the state in order to vote. Imperial ID won’t work.

Pinky – “There is to be no vote. The time of the Republic is over.”

James Pearce – Aren’t you a little short for an evil cyborg Jedi?

RockThisTown – “Of course you can see my Obamacare enrollment card.”

Paul Hooson – “He owns a huge death star. Has tons of underpaid and exploited employees, with poor working conditions…..Odds are he’s not a Democrat.”

Vote or vote not, there is no try.

All your base are belong to us

I find your lack of face disturbing.

May the Borscht be with you

No soup for you….

Hillary Clinton finds a way to shed her negative image.