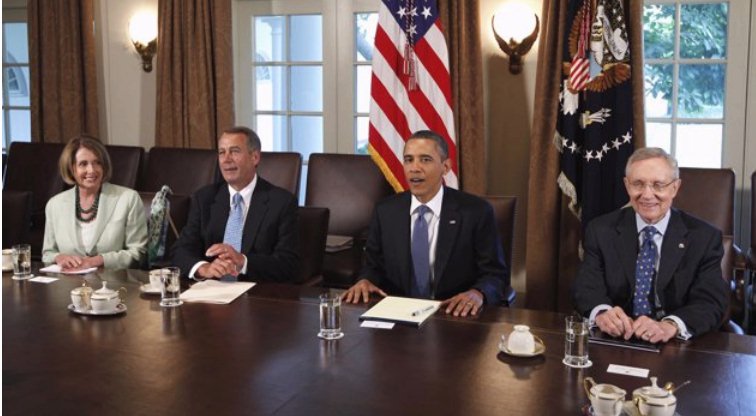 First: HolyJuan – Bachelor Number Three: If I told you my skirt was the debt ceiling, how high would you raise it?

Second: Donald Sensing – “Hey! I didn’t get a harumph from that guy!”

Third: markm – President Obama: “Before we start the negotiations, I’d like to say that I will be bluffing….and please don’t call my bluff”.

charles austin – Harry, Nancy and I will have the wagyu beef, Boehner gets the peas.

Talmadge East– “Where is Martin Sheen when you need him?” (…or even Charlie… – rodney)

NawlinsBrand – Would you raise the debt ceiling for a…SCOOBY SNACK!

“As long as we have each other, we’ll never run out of problems.”

The Monday Contest is already to put Gordon into the Wall.