The Trumpkins Edition OTB Caption ContestTM is now over.

The Trumpkins Edition OTB Caption ContestTM is now over. 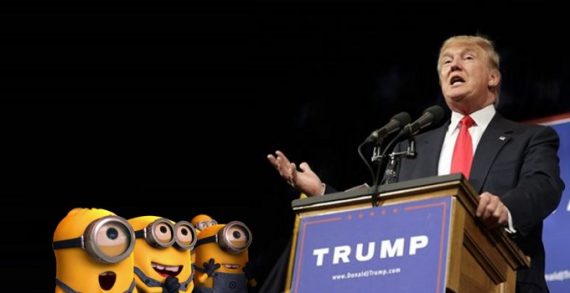 Third: Hal_10000 – Trump introduces those he claimed benefited from going to Trump University.

David in KC – it’s amazing what a hairpiece and a name change did for Gru.

Jenos Idanian – Minions: Serving Evil Since The Dawn Of Time

RockThisTown – “In a Trump administration, these guys will be yuuuge!”

al-Ameda – “and now, here to explain my understanding of NATO …”

I didn’t know there was going to be another Republican debate.

“Yes, I withhold Viagra from my lawyers so they stay shorter than me.”

“Yes, the minions will have a posts in my administration…. as fence posts… on the border.”