The Natives Are Restless Tonight Edition OTB Caption ContestTM is now over.

The Natives Are Restless Tonight Edition OTB Caption ContestTM is now over. 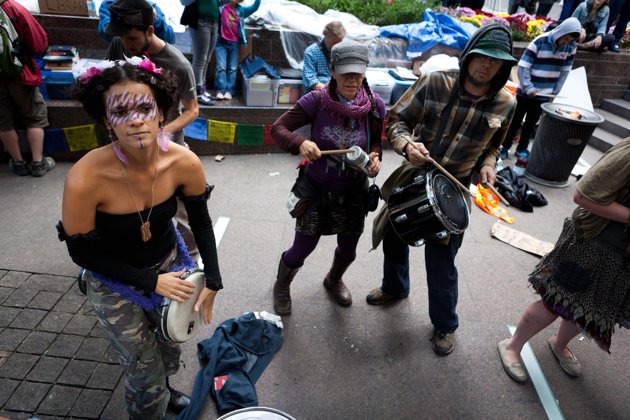 Second: Moderate Mom – This is what happens when no one explains the dress code for the Jobs Fair.

Third: NickNot – The drums kept getting louder as the realization set in that Tommy was NOT coming back with their Starbucks…

Doug Mataconis – For some reason, most of the attendees at “Occupy Wall Street” have had difficulty finding steady employment

physics geek – Eat your vegetables. Study hard. Stay in school. They did.

michael reynolds – Is this available on iTunes?

bains – Wall Street must be evil, they wont even give me an interview!

charles austin – And not a single Che image in sight. What is the younger generation coming to?

Refusing to eat their peas, the tribe of urbanorigines instead participated in a protest for whirled peas.

I keep looking for Ernie Kovacs to show….

The Thursday Contest already has a Nobel Prize for Literature