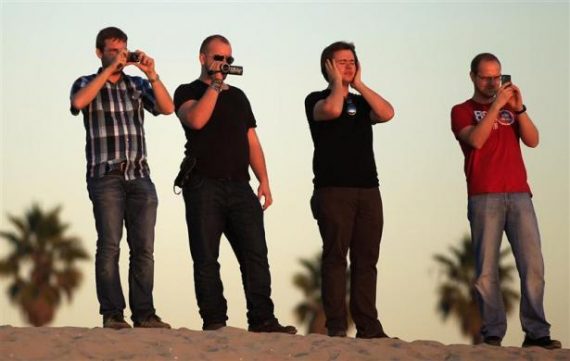 First: John425 – From L. to R.-CBS, NBC, FOX and ABC prepare for gavel-to-gavel coverage of the Democratic Party National Convention

John Burgess – “The start of WWIII and I can’t believe I forgot my f-ing camera!”

Can you spot the Rick Santorum supporter

The Thursday Contest is already fed up with the Occupy The Whitehouse movement.