The Chicken Of The Sea Edition OTB Caption ContestTM is now over.

The Chicken Of The Sea Edition OTB Caption ContestTM is now over. 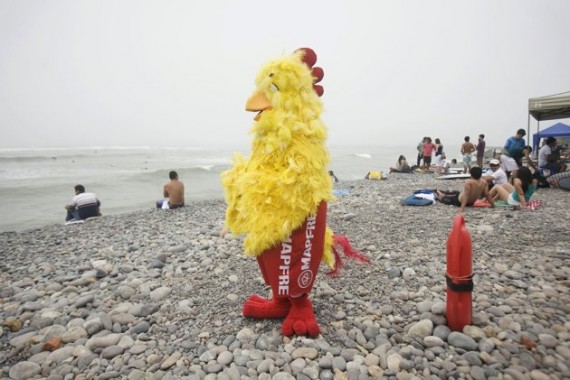 First: Robert W. Armijo – Now this Baywatch chick really has me debating whether I’m a leg, or breast man.

Second: Rick Almeida – I thought guys came to the beach to pick up chicks.

Third: OzarkHillbilly – The beach may be no place to hide from the US Marshall’s Service, but Tommy Lee Jones needs to find a costume that blends in a little better.

Ron Beasley – The next not Romney

Michael Hamm – Chicken of the Sea unveils its new mascot. Next- he’s off to catch Charlie.

Allan Bourdius – Where have you gone, Colonel Sanders? A nation turns its lonely eyes to you…

jd – After this last debacle, Chicken Team 6 was disbanded and a new, more water-capable mascot was chosen

Maggie Mama – After much soul-searching, Chuckie reached the conclusion he wasn’t a seabird after all.

Hoyticus – Screw tuna. I’m the chicken of the sea!

Sir Robin never actually visited Bristol to find what he’d nearly stood up to was just a yokel in a chicken costume.

Without frisbees or balls, beachgoers turned to darker forms a amusement.

The Monday Contest thinks the claw has already chosen. 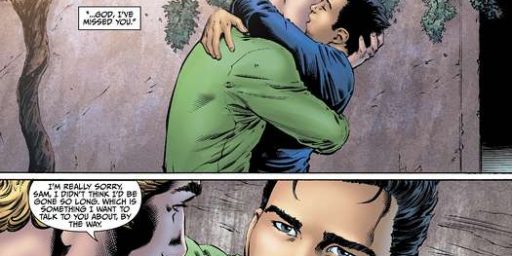