Another icon of popular music has passed away. 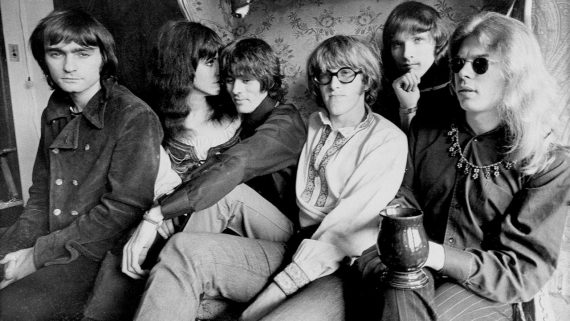 Continuing a January in which many icons of Rock and Roll have passed away, Paul Kantner, one of the founding members of Jefferson Airplane, one of the most iconic bands of the counter-culture era of the late 1960s and 1970s, has passed away at the age of 74

Paul Kantner, a founding member of Jefferson Airplane, one of the definitive San Francisco psychedelic groups of the 1960s, and the guiding spirit of its successor, Jefferson Starship, died. He was 74.

Mr. Kantner’s death was confirmed by Cash Edwards, the publicist for Hot Tuna, a band composed of several former members of Jefferson Airplane. His publicist, Cynthia Bowman, told The San Francisco Chronicle that he died of multiple organ failure and septic shock.

Mr. Kantner died just weeks after it was announced that Jefferson Airplane would receive a Lifetime Achievement Grammy Award in the spring.

Mr. Kantner, who started as a folk singer, had a mellow baritone voice that blended ideally with the penetrating tenor of the group’s founder, Marty Balin, and the powerful mezzo of Grace Slick, who joined the band after its first album. He played a steady rhythm guitar that anchored the freak-out style of the group’s lead guitarist, Jorma Kaukonen, and the adventurous bass lines of Jack Casady.

“Paul was the catalyst that brought the whole thing together,” Mr. Kaukonen said in an interview on Thursday. “He had the transcendental vision and he hung onto it like a bulldog. The band would not have been what it was without him.”

He was a prolific songwriter, teaming with Mr. Balin on some of the group’s best-known songs, including “Today,” “Young Girl Sunday Blues” and “Volunteers.” He wrote most of the songs on the freewheeling “After Bathing at Baxter’s,” the group’s third album and in the opinion of many critics its best, and contributed the title song to the fourth, “Crown of Creation.”

Mr. Kantner came to be seen as the intellectual spokesman for the group, with an ideology, reflected in his songs, that combined anarchic politics, an enthusiasm for mind-expansion through LSD and science-fiction utopianism. The song “Wooden Ships,” which he wrote with Stephen Stills and David Crosby, was emblematic, describing a group of people escaping a totalitarian society to create their own freedom in a place unknown.

It was prophetic. With the breakup of the Jefferson Airplane in the early 1970s, Mr. Kantner began exploring his pet themes on a solo album, “Blows Against the Empire,” which had a science-fiction mini-epic on one side, and in the albums he recorded with Jefferson Starship, notably “Freedom at Point Zero” and “Modern Times.”

“We said what needed to be said,” Mr. Kantner told People magazine in 1981. “There was an obvious call not to turn the other cheek when we were being slapped by the system.”

But, he added, “The rock bands of the ’60s supplanted the football and military heroes, and just as all those heroes had fallen when put to the test, rock musicians proved they had no more of an answer to saving the world than anybody else.”

Paul Lorin Kantner was born on March 17, 1941, in San Francisco. After the death of his mother, the former Cora Fortier, when he was 8, he was sent to a Jesuit boarding school by his father, Paul, a salesman. The experience instilled in him a lifelong hatred of authority and a deep love of protest music.

It was while he was performing at the Drinking Gourd in 1965 that Mr. Balin approached him about joining the group that would become the Airplane. Mr. Kantner drafted Mr. Kaukonen, whom he had known at San Jose, who in turn provided the group with its name, taken from a blues name a friend had given him: Blind Lemon Jefferson Airplane.

With Mr. Balin, Mr. Kantner wrote four songs for “Jefferson Airplane Takes Off,” the group’s first album: “Come Up the Years,” “Run Around,” “Bringing Me Down” and “Let Me In,” all in a pop-folk vein. They also wrote two folk-inflected songs, “Today” and “D.C.B.A.,” for “Surrealistic Pillow,” the group’s breakout album and one of the signature records of the decade.

“I was the one who was responsible mostly for the harmony songs in the Airplane and the Starship,” Mr. Kantner told the website Music Illuminati in 2010. “Marty did his solo business, and Grace did her solo business, and it was left to me to fashion these harmony songs, coming from the Weavers and God knows where else. We just did it, accidentally.”

With “After Bathing at Baxter’s,” the Airplane turned up the psychedelic dial. At generation-defining events like the Monterey International Pop Festival in 1967 and Woodstock and the ill-fated Altamont Speedway Free Festival in 1969, the group embodied the look, the sound, the politics and the aspirations of the counterculture, specifically its San Francisco incarnation.

The group was inducted into the Rock and Roll Hall of Fame in 1996. “Their heady psychedelia, combustible group dynamic and adventuresome live shows made them one of the defining bands of the era,” their entry on the Hall of Fame website reads.

Internal tensions caused the Airplane to fall apart in the early 1970s. From the wreckage came Jefferson Starship, introduced purely as a name on “Blows Against the Empire,” a concept album about a group of people escaping Earth on a hijacked starship. Mr. Kantner recorded that album with Ms. Slick, Mr. Crosby, Jerry Garcia of the Grateful Dead and others.

After he and Ms. Slick recorded the albums “Sunfighter” and “Baron von Tollbooth and the Chrome Nun,” they took several of the musicians with them to form Jefferson Starship, a group that went through many personnel changes through the years. Mr. Balin sang on the first album, “Dragonfly,” and, with Mr. Kantner, wrote its best-known song, “Caroline.”

Mr. Kantner left the group in 1984, complaining that it had become too commercial, and successfully sued to prevent it from using “Jefferson” in its name. As Starship, the group, with Ms. Slick, recorded several Top 10 hits, including “We Built This City” from 1985.

It was for the Jefferson Airplane era that the group is best known, of course, and it was in that incarnation that the group appeared at such classic concerts of the late 1960’s as the Monterey Pop Festival of 1967, the legendary Woodstock concert in August 1969, and the Altamont Free Concert in December 1969 which is perhaps best remembered for the outbreak of violence centered around security issues and the Hell’s Angels. Most of all, though, the group was perhaps the best example of the psychadelic brand of Rock that was such a prominent part of the counter-culture, anti-war era that swept across the country from San Francisco in the late 1960s. Unlike some other groups that continued playing in the genre, though, the group sought to adapt as musical tastes adapted and as a result achieved more commercial success than similar groups from the time did.

Kantner passing, comes, of course, in the same month that has seen the loss of other notable musicians such as David Bowie, and Eagle co-founder Glenn Frey. While each of these passings is tragic, it is perhaps fortunate that, in each case, we are talking about talented men who lived relatively long lives that saw them contribute much to American music and culture rather than the many other musicians of their era who burned out and died young thanks to drugs and alcohol abuse.