Mitt Romney arrived in Poland this morning, and CBS News reporter Bonny Kapp shared this photo on Twitter of Romney staffers trying to block a Ron Paul sign as Romney walked through Gdanask: 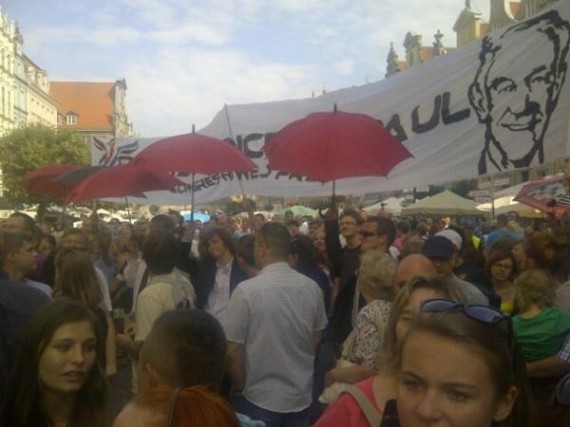 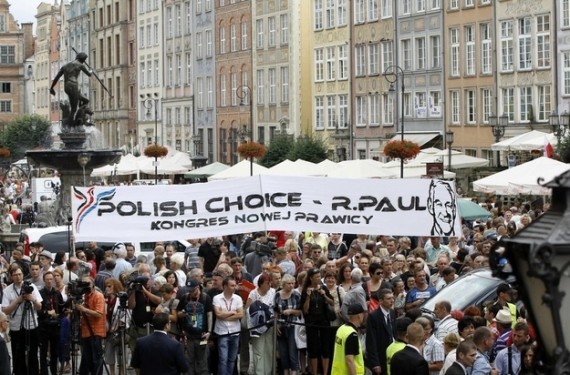 You never know where you’ll find a Paul supporter, apparently.