The Polish Government appears ready to approve a law that seeks to whitewash the truth about the role that many Poles played in the Holocaust. 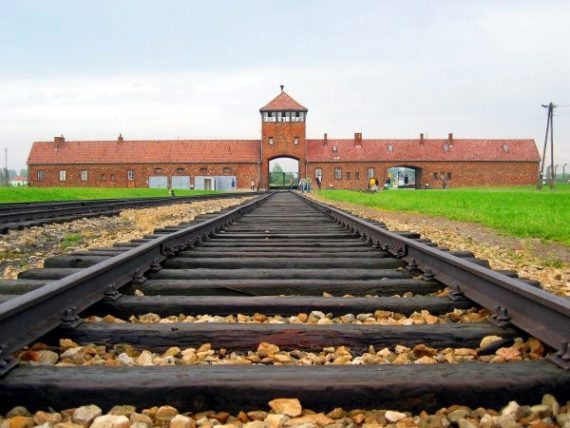 The Polish Parliament is currently considering a bill that would eradicate mention of the collaborationist role that many Poles played in the Holocaust while the country was under Nazi occupation:

The lower house of the Polish parliament has approved a controversial bill that would forbid any mention of participation of the “Polish nation” in crimes committed during the Holocaust. The bill would also bar use of the term “Polish death camp” to describe the death camps where Jews and others were murdered in Nazi-occupied Poland during the Second World War.

Anyone who violates the legislation, including non-Polish citizens, would be subject to a fine or imprisonment of up to three years, The bill still requires approval by the upper house of parliament before it becomes law.

According to the bill approved on Friday by the lower house, anyone who publicly attributes guilt or complicity to the Polish state for crimes committed by Nazi Germany, war crimes or other crimes against humanity, would be subject to criminal proceedings. Punishment would also be imposed on those who are seen to “deliberately reduce the responsibility of the ‘true culprits’ of these crimes.”

The bill would apply both to Polish citizens and to foreigners regardless which country the statement is supposed to have been made in.

Some lawmakers have taken to Twitter to call it out. Emmanuel Nahshon, the spokesman of the [Israeli] Foreign Ministry, tweeted that it was “amazing and sad [that] the Polish embassy trying to preach to us about the memory of the Holocaust.”

The implication of the new bill means that in theory, a Jewish Holocaust survivors from Poland who lives in Israel, who may make a statement such as “the Polish people were involved in the murder of my grandfather in the Holocaust,” or “my mother was murdered in a Polish extermination camp,” would be liable for imprisonment in Poland.

Polish Deputy Justice Minister Patrick Yaki told parliament on Friday: “Every day, around the world, the term ‘Polish extermination camps’ is used – in other words, the crimes of Nazi Germany are attributed to the Poles. So far Poland has not been able to effectively combat this kind of insult against the Polish nation.”

Quite understandably, the bill has aroused no small degree of outrage in Israel:

JERUSALEM — Legislation in Poland that would outlaw blaming Poles for the crimes of the Holocaust has prompted swift and furious condemnation from Prime Minister Benjamin Netanyahu of Israel and Israeli lawmakers across the political spectrum.

The measure, which passed in the lower house of the Polish Parliament on Friday, would make it illegal to suggest Poland bore responsibility for atrocities committed on its soil by Nazi Germany during the occupation in World War II.

“The law is baseless; I strongly oppose it,” Mr. Netanyahu said in a statement on Saturday. “One cannot change history, and the Holocaust cannot be denied.”

Mr. Netanyahu said he had instructed the Israeli ambassador to Poland to meet with the Polish prime minister and express his disapproval.

The bill, which would need approval from Poland’s Senate and the president to become law, sets prison penalties for using phrases such as “Polish death camps” to refer to concentration camps set up by the Nazis in Poland.

Defenders of the bill say it is meant to indicate German responsibility for the Holocaust.

“Jews, Poles, and all victims should be guardians of the memory of all who were murdered by German Nazis,” Prime Minister Mateusz Morawiecki of Poland said on Twitter Saturday night, after the backlash began. “Auschwitz-Birkenau is not a Polish name, and Arbeit Macht Frei is not a Polish phrase.”

But critics, including those in Israel, home to tens of thousands of aging Holocaust survivors, believe the law would hamper dialogue about the Holocaust and distort history.

Yair Lapid, leader of a centrist opposition party in Israel and the son of a Holocaust survivor, wrote of the Holocaust on Twitter: “It was conceived in Germany but hundreds of thousands of Jews were murdered without ever meeting a German soldier. There were Polish death camps and no law can ever change that.”

The Polish Embassy in Tel Aviv responded, saying that Mr. Lapid’s “unsupportable claims show how badly Holocaust education is needed, even here in Israel,” and that the legislation was intended “not to ‘whitewash’ the past, but to protect the truth against such slander.”

“My grandmother was murdered in Poland by Germans and Poles,” he wrote. “I don’t need Holocaust education from you. We live with the consequences every day in our collective memory. Your embassy should offer an immediate apology.”

Many pointed out that the effort to outlaw mention of Polish complicity in the Holocaust coincided with International Holocaust Remembrance Day, Jan. 27, the anniversary of the liberation of Auschwitz-Birkenau, the largest Nazi concentration camp on Polish soil.

To be certain, the Holocaust was solely the responsibility of the Nazis who concocted it and carried it out with apparently no moral doubts about what they were doing. The fact that Auschwitz-Birkenau, the most notorious and well-known of all the Nazi extermination camps in what is now known as Oświęcim in southern Poland was a reflection of the German occupation of that country since the invasion of 1939. It’s also true that many of the people killed in those camps were Polish themselves, both Jewish and Christian. It’s also true that many brave Poles resisted the occupation of their nation and many actively fought against it either as guerrillas living in the woods or as organized forces that had escaped to the United Kingdom and elsewhere. This included the 303rd Polish Fighter Squadron, a group of Polish airmen who had escaped Poland and assisted the British during the Battle of Britain and other operations during the Second World War. Finally, Poland itself exited the war having paid a steep price due to the invasions and occupations by Nazi Germany and the Soviet Union and the battles that took place between the two nations when the front passed through the country not just once, but twice. Given all of that, it’s understandable that Poles would be upset by versions of history that sought to tie the Holocaust to their country.

That being said, it’s also true that there are aspects of those years that don’t exactly paint Poland in a good light. As was the case in many of the other countries under Nazi occupation, there were plenty of collaborators in Poland during the war, including many who were apparently willing assistants in gathering up Jewish citizens of Poland who were shipped off to the camps. To a large degree, this was due to the fact that anti-Semitism was alive and well in Poland long before the war, and Pograms aimed at Jews were a common occurrence in the past when the nation was still part of the Russian empire. By the time the war was over, Poland’s Jewish population, which had numbered more than 3,000,000 people before the war started, was down to just 300,000. Of the six 6,000,000 Poles who died during the war, half of them were Jewish. (Source) These are the undeniable truths that this legislation seeks to bury and to even make it criminal to mention not just in Poland but anywhere in the world.

This legislation comes at a time when Poland is under the control of an exceedingly conservative government that has taken a variety of controversial steps since taking control of the government in the 2015 Parliamentary elections under the banner of the Law & Justice party.  Many of these steps have included backing legislation favored by the Catholic Church regarding issues such as abortion and LGBT rights, of course, but it has also extended to refusing to accept refugees from Syria and other nations who have flooded into Europe over the past several years due to war and terrorism. The party is rooted in a kind of right-wing nationalism that seems to be resonating far more successfully in Eastern Europe than it has in Western Europe, a phenomenon that is likely attributable to both cultural differences and the still potent legacy of nearly fifty years of living as client states of the Soviet Union. Whatever the reasons, though, there’s a difference between a conservative political party and a party that seems intent on wiping the truth of history away in the name of Polish nationalism. That kind of populist nationalism is what Donald Trump is encouraging, and what his supporters in the so-called alt-right represent, and that’s what makes them dangerous.

Photo of rail entrance to Auschwitz-Birkenau via Wikimedia Commons