The Stamford Advocate has uncovered more instances of Attorney General, and Senate candidate, Richard Blumenthal claiming that he  served  in Vietnam:

“I wore the uniform in Vietnam and many came back to all kinds of disrespect. Whatever we think of war, we owe the men and women of the armed forces our unconditional support.”

The occasion was the Stamford Veterans Day parade Nov. 9, 2008.

The speaker was Connecticut Attorney General Richard Blumenthal, as quoted by The Advocate.

A trove of potential bulletin board material was unearthed Tuesday by Hearst Connecticut Newspapers from its archives quoting the once seemingly unflappable U.S. Senate candidate on his military record, one that he has been accused of embellishing.

During a May 18, 2009, military board tribute to veterans in Shelton, Blumenthal was quoted by the Connecticut Post as saying, “When we returned from Vietnam, I remember the taunts, the verbal and even physical abuse we encountered.”

A year later at a Stratford Memorial Day event covered by the Post, Blumenthal dropped the “we” reference but didn’t go out of his way to say that he never went to Vietnam.

“I am called general all the time in my role, but the highest rank I will ever have in life is as a sergeant in the United States Marines,” said Blumenthal, who went on to comment how tough it was for veterans of the unpopular conflict to return to “taunts and jeers.”

Blumenthal’s critics claim that the Democrat’s veiled references to serving in Vietnam, which the candidate himself qualified as rare and unintentional misstatements but now number at least five, establish a pattern of duplicity that calls his credibility into question.

And another paper calls into question Blumenthal’s claim that he didn’t keep track of what was being said about him in the statewide press:

[W]hy did Mr. Blumenthal not act quickly to correct inaccurate reports in state newspapers that described him as a Vietnam veteran? The candidate explains he can’t track all news reports about him. Yet this newspaper knows from experience that Mr. Blumenthal is quick to correct unflattering statements published about him or to refute opinions with which he disagrees. One reporter got a call from the attorney general for inserting a middle initial in his name. He has none.

When this story broke, my initial instinct was that Blumenthal was toast. While that may not necessarily be the case immediately, Connecticut is a small enough state that a story like this is likely to stick around for quite some time and, if there are any other instances out there of Blumenthal making reference to military service he never completed, we’re going to hear about them. Already, polls are showing that a race that once looked like a blowout for the Democrats is now nearly even and one of his potential Republican opponents has already released a web ad that manages to hit Blumenthal on this issue without once mentioning his name.

Blumenthal has given his opponents an opening, they’re going to exploit it, and they just might beat a guy who should have won in a runaway. 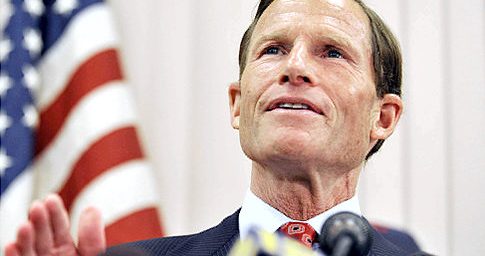