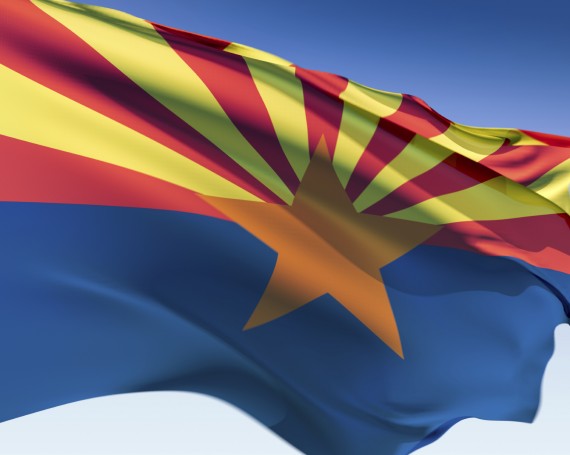 While the race in Michigan is neck-and-neck, the same cannot be said for the tomorrow’s Arizona Primary:

Mitt Romney is headed for an overwhelming victory in Arizona’s primary on Tuesday. He’s at 43% to 26% for Rick Santorum, 18% for Newt Gingrich, and 11% for Ron Paul.

You can make a fair argument that Romney’s already won the Arizona primary. Almost half of those planning to vote have already cast their ballots, and Romney has a 48-25 advantage over Santorum with those folks. That lead makes it nearly impossible for Santorum to make up the difference on election day, and Romney has a 39-27 advantage with those planning to vote on Tuesday anyway.

Romney’s winning basically winning every voter group in Arizona, even those he’s tended to do quite poorly with. He leads Santorum 39-33 with Evangelicals, 39-23 with Tea Party voters (Santorum’s in 3rd, Gingrich is actually 2nd at 30%), and 37-29 with those describing themselves as ‘very conservative.’ We project the Mormon vote at 14%. Romney leads 77-9 with them, but he has a 38-29 advantage with non-Mormons as well. Seniors are a key base of support for him in Arizona as they are everywhere. He leads 53-22 with them.

As the RCP chart shows, this race has never really been close: 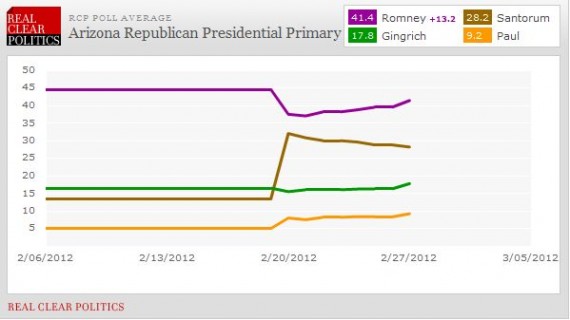 Arizona is a winner-take-all primary, meaning that Mitt Romney will end up with 29 delegates in his column tomorrow night at the very least.