Fox News is reporting that former President Ronald Reagan has died at age 93. 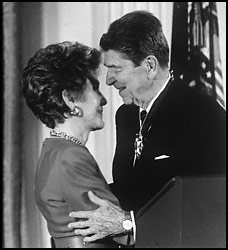 Ronald Reagan, the cheerful crusader who devoted his presidency to winning the Cold War, trying to scale back government and making people believe it was “morning again in America,” died Saturday after a long twilight struggle with Alzheimer’s disease, a family friend said. He was 93.

He died at his home in California, according to the friend, who spoke on condition of anonymity.

The White House was told his health had taken a turn for the worse in the last several days.

Five years after leaving office, the nation’s 40th president told the world in November 1994 that he had been diagnosed with the early stages of Alzheimer’s, an incurable illness that destroys brain cells. He said he had begun “the journey that will lead me into the sunset of my life.”

Reagan body was expected to be taken to his presidential library and museum in Simi Valley, Calif., and then flown to Washington to lie in state in the Capitol Rotunda. His funeral was expected to be at the National Cathedral, an event likely to draw world leaders. The body was to be returned to California for a sunset burial at his library.

Update: My thoughts on President Reagan’s passing are in the previous post. Some other reactions from around the blogosphere:

Update: The White House is expected to issue an announcement around 5:25 Eastern time, according to Fox News. 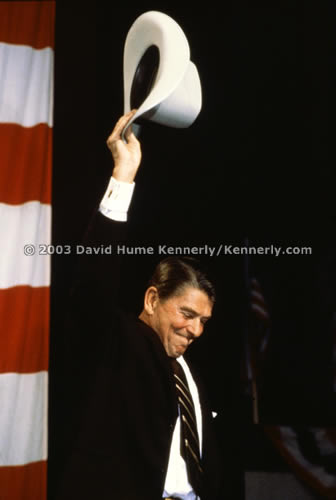 Update: See the next post for tributes and thoughts from the big media.