Roy Moore Not Ruling Out Another Senate Run

Roy Moore, who lost a Special Election to replace Jeff Sessions in 2017 after being hit with allegations of sexual harassment and sexual assault, isn't ruling another bid for the same seat. 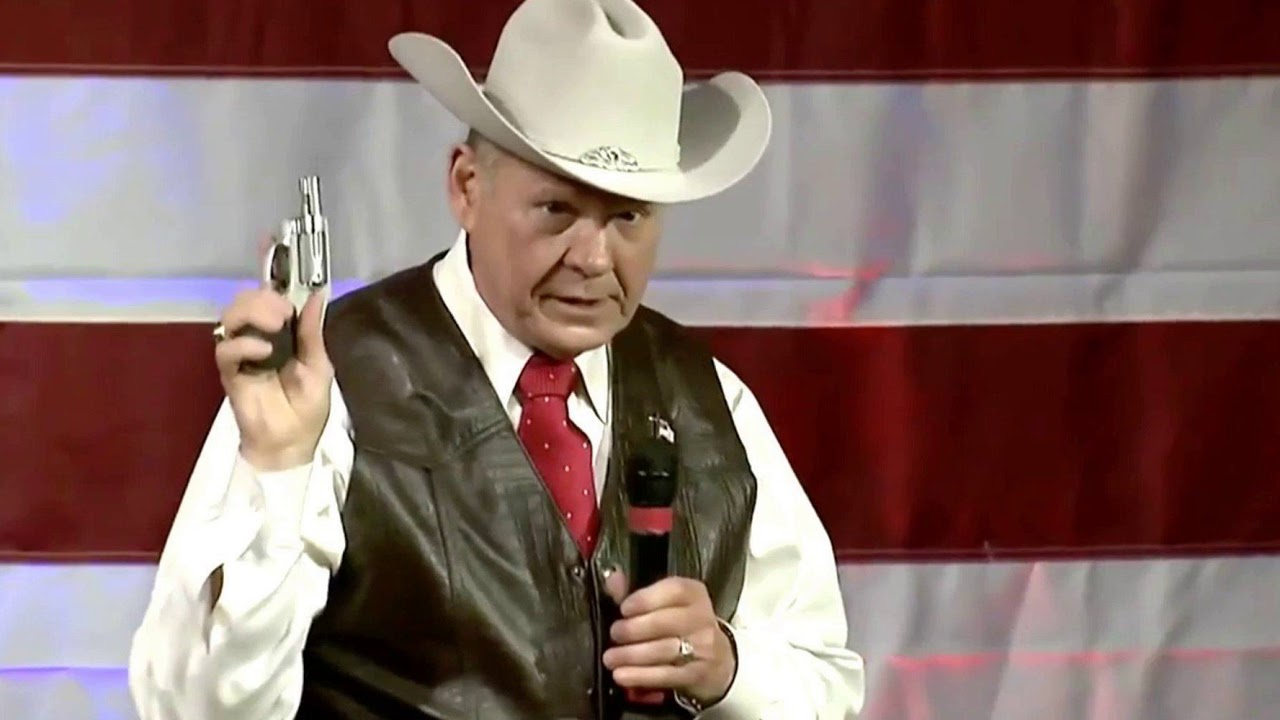 Former Alabama Chief Justice Roy Moore, who was defeated in a Special Election to succeed former Attorney General Jeff Sessions in the Senate, isn’t ruling out running again in 2020:

Roy Moore, a conservative lightning rod who cost the Republican Party a Senate seat in deep-red Alabama, is signaling fresh interest in mounting another campaign in 2020, sparking alarm on the right that Democratic Sen. Doug Jones could be gifted another unlikely victory.

Republican insiders, including conservative allies of President Trump, fret that Moore — derailed by sexual assault allegations in a 2017 special election that should have been an easy layup — might divide the party in the primary and advance to a rematch with Jones. On Wednesday, a Moore confidant pointedly declined to rule out that his buddy might run for Senate next year.

“That’s a good question,” Dean Young, Moore’s close friend and adviser for the past two decades, told the Washington Examinerwhen asked if the former chief justice of the Alabama Supreme Court was preparing to challenge Jones. “I’m not at liberty to say anything about that right now.”

If Moore runs, the National Republican Senatorial Committee, the Senate GOP campaign arm, would take action to block him from the nomination. Otherwise, the NRSC plans to stay out of the Alabama primary.

“The NRSC’s official stance is ABRM: anyone but Roy Moore,” said Kevin McLaughlin, the committee’s executive director. “The only thing Doug Jones and I agree on is that his only prayer for electoral success in 2020 is a rematch with Roy Moore.”

Jones narrowly defeated Moore nearly 15 months ago, earning the right to finish the remainder of the six-year term Republican Jeff Sessions won in 2014. Sessions had resigned to become Trump’s first attorney general, a post he has since relinquished.

The new PAC launched by Moore’s son, a self-described political consultant, is an example of what worries establishment Republicans, and conservatives, about the judge.

The group is called Conservative States of America — and the graphic logo on an email fundraising appeal passed along to the Washington Examiner by a GOP consultant reads “C.S.A.,” the abbreviation used ubiquitously during the Civil War to refer to the Confederate States of America.

Caleb Moore, in an interview with the Washington Examiner, defended the name of the PAC and the logo. Moore’s son said the group is a multi-candidate PAC that is not affiliated with his father, although he would not rule out running independent expenditure advertising on Roy Moore’s behalf should he run for Senate.

Moore, who would be 73 years old by the time the election occurs in Alabama next year, is, of course, the candidate that Senator Doug Jones beat in a Special Election made necessary by the elevation of former Attorney General and Senator Jeff Sessions earlier in 2017. While Jones’s win was a narrow one, it was nonetheless somewhat extraordinary one given the fact that he was the first Democrat elected to the Senate since Howell Heflin was re-elected in 1990 and Richard Shelby, who larger jumped ship to become a Republican was re-elected in 1992. The main reason for Jones’s win, of course, was the fact that in the month before the election Moore was credibly accused by a number of women of having sexually assaulted or harassed them when they were underage and Moore was a thirty-something young county prosecutor. This led nearly all of the Republicans in Alabama and nationwide to withdraw their endorsements of Moore’s candidacy and national Republican organizations to withdraw from the state and withhold aid from Moore’s campaign. Notwithstanding these allegations, of course, Moore still ended up receiving over 48% of the vote. Given that it’s safe to say that Moore probably would have been elected to the Senate if the sexual assault allegations had not been made public before the election notwithstanding the fact that Moore had entered the race with a controversial history as Alabama’s Chief Justice in which he was removed from the bench twice for refusing to comply with orders from a Federal Court related to the placement of a Ten Commandments monument on the grounds of the State Supreme Court and his refusal to recognize the legitimacy of the Supreme Court’s ruling in Obergefell v. Hodges overturning remaining state laws against same-sex marriage.

There is already a Republican in the race to challenge Jones in 2020, but it seems clear that Alabama Republicans aren’t entirely thrilled about it. In mid-February, Congressman Bradley Byrne announced his candidacy for the nomination and it’s believed that he will be a strong contender to win the nomination. With the prospect of Moore once again getting into the race, though, some Alabama Republicans appear to be looking for a more Trump-friendly Republican, fearing that Byrne’s record won’t be considered sufficiently conservative by a Republican base that is very pro-Trump. One candidate apparently being looked at in that regard is Congressman Mo Brooks. Brooks is a member of the House Freedom Caucus who ran for this seat in 2017 only to come in third place behind Moore and then-Senator Luther Strange. Brooks is reportedly considering getting into the race but is telling people in private that he would only get into the race if he could get the President’s endorsement or a pledge of neutrality in the primary. While an endorsement by the President in a very pro-Trump state, one the President won by more than 30 points over Hillary Clinton. would seem t be advantageous, it’s worth noting that Trump endorsed Lother Strange in the 2017 Special Election and he ended up losing the runoff election to Moore by nine points. In any case, it seems clear that Alabama Republicans don’t intend to let themselves get caught flat-footed by another populist campaign by Moore should he decide to get into the race. Whether that will be enough to stop him, though, remains to be seen.