Russ Feingold Back in Senate? 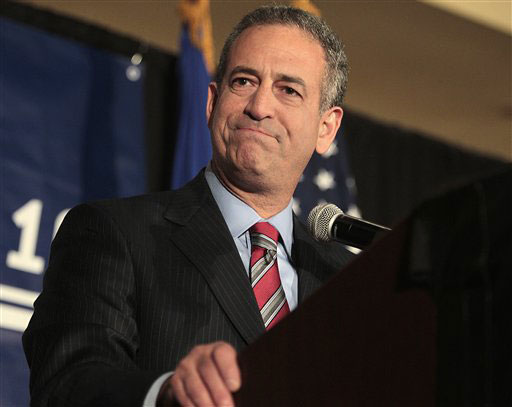 TPM’s Eric Kleefeld reports that Russ Feingold may make a bid to return to the Senate by running for Herb Kohl’s seat.

Wisconsin Democratic Party chairman Mike Tate predicted that the party would have one or more strong candidates in the race to succeed Dem Sen. Herb Kohl, who announced his retirement earlier on Friday. Indeed, Tate directly named some key potential candidates who are already looking at it, or might soon be doing so.

Chief among the names that Tate listed were former Sen. Russ Feingold, who lost re-election in the 2010 Republican wave after three terms in office, and seven-term Rep. Tammy Baldwin from Madison and the surrounding counties.

When a reporter asked who Tate might have been talking to, or what names might have come up, Tate said there could be many great candidates. “Obviously Russ Feingold looms large if he were or were not to run again,” Tate said. “And I’ve spoken to people very close to her that Tammy Baldwin is seriously considering running for the Senate seat.”

It’s been done before. Feingold was a well-respected Senator who got ousted in a particularly hostile year for Democrats. My guess is that ardor will have cooled by 2012–especially in Wisconsin, where the power play over unions by Scott Walker and the Republicans may be a bit much for a traditional blue state.

It’s worth noting, though, that there’s no indication in the report that Feingold himself has expressed any interest. He may well be happy in his retirement from the rough and tumble of politics.