The changes to how McCain campaigned were forced by the press, Salter argued. “The fact that we didn’t do the back-of-the-bus stuff is only a function that you guys really wouldn’t let us,” Salter said, referring to the media. “Once the cameras demanded to be there, it became, What can McCain say that we can circulate on the hour and embarrass the s___ out of him? So he just couldn’t do it, and it wasn’t a Bush hijacking or anything, it was recognizing reality. We were being mocked by the meta-narrative writers for being undisciplined, lacking a single central message.”

That’s a fair point.  Many of us criticized McCain for moving away from his longstanding relationship with the press but it may well have been that he had little choice in the matter.

Salter said that McCain would have preferred to campaign in the general election in the same way he campaigned in New Hampshire, but that the press and Obama made that impossible. “I think if we had gotten 10 town halls out of Obama,” Salter said, “it would have come close to that. McCain’s ideal as a general would have been flying around on an airplane with Barack Obama, debating in town halls and having dinner with him afterwards.”

It’s a shame that it didn’t go down that way.  Obama would likely have won anyway — he’d have done well in the format and it was always his election to lose — but it would have been a far better campaign.  We’d have seen a lot less of Cranky, Desperate McCain and more of Funny, Decent McCain and have had a lot less of the “paling around with terrorists” crap.

Salter is also the subject of a Politico piece that portrays John McCain as getting on with his post-defeat life just fine.

On the day after his victory, Barack Obama faced a world in financial crisis, shooting wars in Iraq and Afghanistan, and a nation that expected him to deliver on all his promises.

John McCain faced a barbecue. “I got nine racks of ribs,” McCain told his closest aide and co-author, Mark Salter. “And I will be cooking them up.” McCain was in Phoenix, where Tuesday night he had delivered a gracious and eloquent concession speech. Then he got about six or seven hours’ sleep before preparing to head out to his Sedona home with his wife, Cindy — and enough friends to consume all those ribs.

Nine racks of ribs, done up right, can go a long way to cheering a body up.   Plus, McCain wasn’t exactly shocked by the outcome:

The end had not been in doubt for weeks. McCain had expected to do better in Pennsylvania and Ohio — he lost both states — but he knew in his head he wasn’t going to pull off some stunning upset, even though he had been hoping for one in his heart.

“An army lives on hope,” Salter told me Wednesday afternoon. “Our polling showed that more than 60 percent of voters identified Obama as a liberal. Typically, a candidate is not going to win the presidency with those figures. But I think the country just disregarded it. People didn’t care. They just wanted the biggest change they could get.”

Besides that, McCain’s not a guy that sits around brooding.

As for McCain, Salter says he is “remarkably relaxed and at ease” after his loss.  “He is the most resilient, toughest human being I have ever met in my life,” Salter said. “For 50 years, he has followed the orders he received from the American people. Last night, he held his head up and he bowed to history.”

Certainly, he’s endured worse things than not getting to be president. 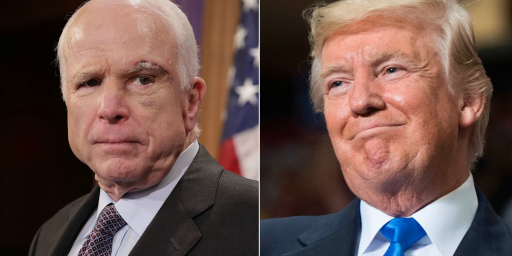 John McCain Is Taking On Donald Trump Without Regret

Obama on Guns, God, and Hate in Rural America 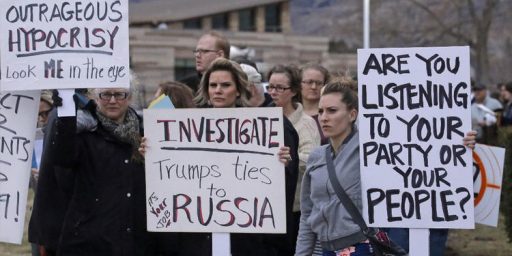