The special election to fill New York’s 23rd Congressional District seat vacated by the appointment of Republican John McHugh as Secretary of the Army has taken yet another bizarre twist.  Republican nominee Dede Scozzafava dropped out over the weekend, causing great celebration on the part of Republicans like Michelle Malkin, who termed her “radical leftist GOP candidate Dede Scozzafava” and chortled “don’t let the door hit you on the way out!”  Earlier, Malkin had explained why, in her view, “the GOP should be ‘purged’ of left-wing saboteurs.”

I am supporting Bill Owens for Congress and urge you to do the same.

It’s not in the cards for me to be your representative, but I strongly believe Bill is the only candidate who can build upon John McHugh’s lasting legacy in the U.S. Congress. John and I worked together on the expansion of Fort Drum and I know how important that base is to the economy of this region. I am confident that Bill will be able to provide the leadership and continuity of support to Drum Country just as John did during his tenure in Congress.

In Bill Owens, I see a sense of duty and integrity that will guide him beyond political partisanship. He will be an independent voice devoted to doing what is right for New York. Bill understands this district and its people, and when he represents us in Congress he will put our interests first.

Hoffman’s campaign dubbed her a “turncoat” and said “This afternoon Dede Scozzafava betrayed the GOP.”   But, um, Hoffman split from the GOP and was running against its candidate!

Malkin, happy a day earlier to purge the likes of the radical leftist Scozzafava from the GOP thinks she’s being ungrateful.

Hey, how did that six-figure RNC donation to the NRCC plus $85,000 to the New York GOP plus nearly half-million-dollar investment in advertising and other independent expenditures on behalf of radical leftist Dede Scozzafava work out?

She repaid the GOP by endorsing Democrat candidate Bill Owens. Some gratitude, eh?

But why should she be grateful for the humiliation of having out-of-state Republicans calling her names and openly campaigning for a third party candidate against the duly nominated candidate of their own party?

While I’m a Big Tent guy who thinks the Republican Party needs to accept the fact that winning seats in the Northeast will require backing candidates who would be considered “liberal” in Mississippi, I fully understand the thinking of people like Malkin who prefer an ideological party.  At some point, having an “R” after a candidate’s name doesn’t mean much if they’re going to work against your leadership.   But you can’t have it both ways.  Either the GOP accepts people like Scozzafava as candidates in liberal districts or it runs them off to become Democrats.

Special elections, with their low turnout, are intrinsically pretty difficult to predict. So are multi-candidate races. And certainly, races where there are substantial late-breaking developments — such as the Republican candidate dropping out four days before the election and endorsing her Democratic rival — present especial difficulties for forecasters. Here, you have all three of those circumstances, producing a perfect storm of uncertainty. Not only will I not be surprised if either Democrat Bill Owens or Conservative Doug Hoffman wins on Tuesday — I will not be surprised if one of them wins by a substantial, possibly even double-digit margin.

His gut says that it helps Owens (but then his heart is pulling for Owens).

Owens is probably in a better position than he was 48 hours ago. Endorsements don’t usually matter very much, but with Scozzafava’s exit from the race, you suddenly have as much as 30 percent of the electorate up for grabs and undoubtedly feeling very, very confused. Plus, the endorsement was unexpected (although perhaps it shouldn’t have been, since Scozzafava is much closer ideologically to Owens than to Hoffman), which might make it more impactful.

At least one poll — which Silver “respects” because of its good showing in recent races — shows Hoffman with “a commanding lead.”

In a three way contest with Democrat Bill Owens and Republican Dede Scozzafava Hoffman leads with 51% to 34% for Owens and 13% for Scozzafava. In a head to head contest with Owens Hoffman holds a 54-38 advantage.

Polling the race was a little haphazard in a weekend with many twists and turns but Hoffman showed a similar lead at all junctures. In interviews conducted before Scozzafava announced the suspension of her campaign Hoffman led Owens 49-31 with 17% going to Scozzafava. Poll respondents Saturday afternoon/evening and early Sunday afternoon were informed that Scozzafava had dropped out but that her name would still be on the ballot. During that period of time Hoffman led Owens 51-34 with Scozzafava’s share going down to 12%. After Scozzafava announced she was endorsing Owens the remaining Sunday respondents were informed of that and the race showed a little tightening with Hoffman up 52-38 on Owens and Scozzafava’s share dropping to 7%.

If Hoffman was at 51% with Scozzafava running, he’ll almost certainly win.  I’d guess almost all of those supporting the Republican candidate will wind up voting Conservative or staying home.  And I’d guess that, in a race where turnout will be extraordinarily low, Hoffman’s True Believers will be far more likely to actually show up.

But, as Silver says, with so many late-breaking developments, prediction is “nearly impossible.”

UPDATE:  Not shockingly, perhaps, but the WSJ editorial board sums up my thoughts exactly:

The voter revolt ought to be a lesson to the GOP’s backroom boys, especially in New York state, where the old Al D’Amato insider club has led the party to irrelevance. GOP state chairman Joe Mondello, now thankfully retired, and Beltway bigs misjudged public dismay against the Democratic agenda in Washington. Nominating a candidate who “can win” in the Northeast does not have to mean someone whose voting record is more liberal on taxes and unions than that of most Blue Dog Democrats.

But that lesson will be for naught if conservatives conclude that their victory is reason to challenge any candidate who doesn’t agree with them on every issue. The truth is that some conservatives are as bloody-minded and intolerant of all dissent as the hard left is at the Daily Kos. A majority political party requires a far more diverse coalition than the audience for your average right-wing blogger or talk show host. Some of those voices prefer having Democrats in power because it drives up their own ratings.

Democrats did themselves no favors by driving Joe Lieberman out of their party, and conservatives will do their cause no good by forcing GOP candidates in Illinois, California and Connecticut to sound like Tom DeLay. If conservatives now revolt against every GOP candidate who disagrees with them on trade, immigration or abortion, Nancy Pelosi and Harry Reid will keep their majorities for a very long time. 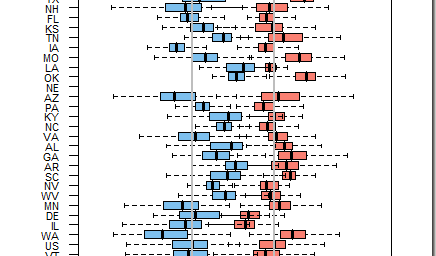