Oscar-winning actor Philip Seymour Hoffman is reportedly dead of a drug overdose at the age of 46. 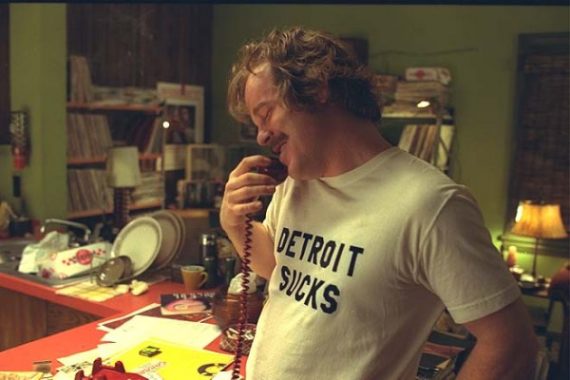 Oscar-winning actor Philip Seymour Hoffman is reportedly dead of a drug overdose at the age of 46.

The Wall Street Journal broke the story. Whether for reasons of traffic overwhelming the server or something else, the story was inaccessible for quite some time. Here’s the version that appeared at 3:37 Eastern:

Law-enforcement officials said a hypodermic needle and two glassine envelopes containing what is believed to be heroin were found in the apartment on Bethune Street in the West Village neighborhood of Manhattan.

The 46-year-old actor was found unconscious in the bathroom of his fourth floor apartment in the Pickwick House around 11:15 a.m. by screenwriter David Katz, who called 911, a law-enforcement official said. He was pronounced dead at the scene.

The New York Police Department is investigating, and the Office of the Chief Medical Examiner is working to determine the exact cause of death.

The accomplished actor and director won the Academy Award for best actor for his role as famed author Truman Capote in the 2005 film “Capote.” He also had a strong following in New York’s theater scene, starring in plays like 2012’s “Death of a Salesman” and directing others, like 1999’s “In Arabia, We’d All Be Kings.” He was nominated for a Tony Award three times.

Mr. Hoffman’s breakout role, however, was in 1997’s “Boogie Nights.” He also received accolades for his roles in high-profile films such as 1998’s “The Big Lebowski” and 1999’s “Magnolia.”

Below are some early versions of the story from numerous other outlets whose coverage was available while the WSJ story was missing.

The New York Post (“Philip Seymour Hoffman found dead with needle in arm: cops”) is proceeding with its typical sensitivity:

Oscar-winning actor Philip Seymour Hoffman was found dead of an apparent drug overdose — in the bathroom with a hypodermic needle still in his arm — inside a Greenwich Village home on Sunday morning, cops said.

A personal assistant found Hoffman’s body in an apartment at 35 Bethune St. and called 911 around 11:30 a.m, sources said.

Cops are at the scene and are investigating, sources said.

In 2006, Hoffman publicly admitted that he nearly succumbed to substance abuse graduating from NYU’s drama school, but got sober in rehab.

“It was all that (drugs and alcohol), yeah. It was anything I could get my hands on…I liked it all,”  he told “60 Minutes” as the time.

The New York Police Department is investigating, and the Office of the Chief Medical Examiner is to determine the exact cause of death, the newspaper reported.

The actor Philip Seymour Hoffman was found dead in his New York apartment on Sunday morning of an apparent drug overdose, according to a law enforcement official who requested anonymity because he was not certain the actor’s family had been informed of the death.

The official said Mr. Hoffman, 46, had been found in his West Village apartment around 11:30 a.m. by a friend who had become concerned at not being able to reach Mr. Hoffman.

A cause of death had not yet been determined, the official said, but it appeared to have been the result of an overdose.

The 46-year-old was found in his Manhattan apartment after a friend called the emergency services.

Medical officials have not yet commented on the the cause of death.

Hoffmann made his name in the 1990s in films including Boogie Nights and the Big Lebowski, before winning the best actor Oscar for his 2005 portrayal of writer Truman Capote.

Throughout his career he featured in independent films as well as Hollywood blockbusters such as Mission Impossible III.

His latest role was in the Hunger Games series of films.

As well as films, he also starred in Broadway plays and was nominated for two Tony Awards.

British actor John Hurt, who starred alongside Hoffman in the 2003 drama Owning Mahowny, said the news had hit him “very hard”.

“He was a great actor, a great member of the film and theatre community. An extraordinary talent, directorially as well as an actor. He’ll be greatly missed,” he said.

He told the website he had used prescription drugs, and briefly heroin, before seeking help.

Owing to some glitches with the WSJ website, where the front page link to the story was down for more than half an hour, I  held out hope that this was some sort of sick and elaborate hoax. Alas, it was not.

Slate executive editor Josh Levin had the same recollection of Hoffman’s work as me:

For all of the indelible parts he played, the role that come to mind first when I heard about his shocking death was his depiction of Lester Bangs. In this scene from Cameron Crowe’s Almost Famous, Hoffman calls on his vast reserves of empathy to offer wise counsel to Patrick Fugit’s William Miller. The most important lesson: “The only true currency in this bankrupt world is what we share with someone else when we’re uncool.”

A bit part in the movie, really, but one made memorable by a great actor not yet even in his prime.