Mickey Kaus, who was blogging before there was a blogosphere, has taken steps to run against California Democrat Barbra Boxer for the U.S. Senate.

Pioneering political blogger Mickey Kaus took out papers filed to run for U.S. Senate in California, he told LA Weekly. The Venice resident said he’ll run this year against Barbara Boxer for her seat. He said he took out filed papers at with the Los Angeles County Registrar of Voters, although a spokeswoman there could not yet confirm the filing.

The Democrat has been centrist and even conservative on some of the issues on which Boxer has taken a more left-leaning stand, including immigration: He does not favor amnesty and favors a more restrictive national policy.

I did go down to the local registrar’s office Monday and take out nomination papers to run in the primary for U.S. Senator against Barbara Boxer. If I return them in timely fashion with enough signatures, I should be able to get on the June ballot. We’ll see what happens.

This isn’t the place to make an electioneering spiel–I don’t want to be a test case of campaign finance law if I can help it. But the basic idea would be to argue, as a Democrat, against the party’s dogma on several major issues (you can guess which ones). Likeminded Dem voters who assume they will vote for Sen. Boxer The Incumbent in the fall might value a mechanism that lets them register their dissent in the primary.

This would seem to be a classic protest candidacy, with next to zero chance of upsetting Boxer in the primary.  (The Republican contenders, especially Chuck Devore, appear to have a quite decent chance of doing it in the general, however.)  But it should be interesting.

If nothing else, for the side issues it raises:

Several issues, including my role at Slate, are still to be resolved.

There’s not much question that a political candidate can have a blog.  But one on a magazine’s website?  Presuming that Slate would even allow it, would they have some sort of equal space requirement?  And, as Stacy McCain jokes, “Bloggers running for public office could create some interesting questions for the FEC. Will an Instalanche be considered a “contribution in kind”? And what about getting re-Tweeted by Alyssa Milano?” 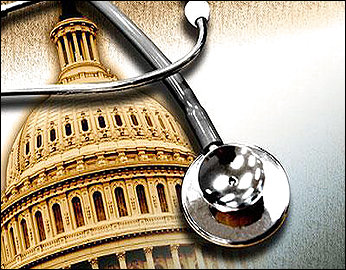