A federal judge has ordered the people of California to foot the $100,000 bill for sexual reassignment surgery for someone serving a life sentence for murder. 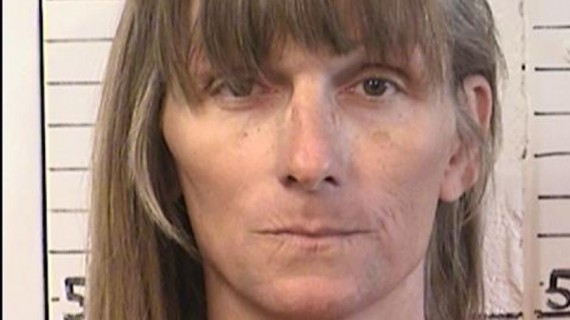 A federal judge has ordered the people of California to foot the $100,000 bill for sexual reassignment surgery for someone serving a life sentence for murder.

A federal judge on Thursday ordered California’s corrections department to provide a transgender inmate with sex change surgery, the first time such an operation has been ordered in the state.

The ruling marks just the second time nationwide that a judge has issued an injunction directing a state prison system to provide the surgery, said Ilona Turner, legal director at the Transgender Law Center in Oakland, which helped represent Norsworthy.

The previous order in a Massachusetts case was overturned last year and is being appealed to the U.S. Supreme Court.

Norsworthy, who was convicted of murder, has lived as a woman since the 1990s and has what Tigar termed severe gender dysphoria — a condition that occurs when people’s gender at birth is contrary to the way they identify themselves.

“The weight of the evidence demonstrates that for Norsworthy, the only adequate medical treatment for her gender dysphoria is SRS,” Tigar wrote, referring to sex reassignment surgery.

California Department of Corrections and Rehabilitation officials said they are considering whether to appeal the ruling.

“This decision confirms that it is unlawful to deny essential treatment to transgender people” in or out of prison, said Kris Hayashi, executive director of the Transgender Law Center. “The bottom line is no one should be denied the medical care they need.”

Not much has changed in either my thinking or legal precedent since my August 2013 posting on “Chelsea Manning and the Law.”  In Manning’s case, the US taxpayer is paying for hormone treatment. On balance, that strikes me as reasonable. Gender dysphoria is a serious medical condition and, as a general rule, prisoners are entitled to proper medical care.

This case takes it quite a bit further. Sexual reassignment surgery is much more drastic a measure than hormone therapy and much more expensive. The AP story estimates that it “could run as high as $100,000 depending on the circumstances.”

This raises at least two issues. First, given that this is a state action, how do we assess the moral tradeoffs in authorizing the surgery? Second, presuming that this surgery is the ethical course of treatment, should the public pay for it?

Answering the first question is well outside my expertise and comfort zone. Under normal circumstances, I’m reasonably comfortable in allowing the conflicted individual to make decisions with mental health professionals. The Standards of Care for the Health of Transsexual, Transgender, and Gender Nonconforming People established by the World Professional Association for Transgender Health have been evolving for decades and strike me as rigorous. Indeed, some argue that it places too onerous a burden on those seeking reassignment surgery.

But, surely, a convicted murderer who presents with gender dysphoria has more complicated mental health issues? Aside from whatever wiring issues made them commit the violent act to begin with, the additional stresses of prison life make it much more challenging to untangle the gender issues. And that’s especially true in a case, like this one, where the individual is imprisoned with others of their apparent sex while presenting as someone of the opposite sex. Again, it’s just beyond my present knowledge levels to untangle.

Presuming, however, that we’ve successfully navigated those complexities and become comfortable with the decision that, yes, gender reassignment surgery is in the best interests of the patient, is it reasonable that the taxpayers of California should pay for it? The default answer would be Yes. Given that prisoners are wards of the state, they’re generally entitled to essential medical care free of charge.

Yet sexual reassignment surgery may be different. It’s quite expensive—$100,000 actually strikes me as an absurdly low estimate, given how much almost any surgical treatment requiring hospitalization costs—and generally considered elective surgery in the United States. Most insurance plans won’t cover it. (Hell, most won’t pay for LASIK surgery, which is cheap and life-changing.) As noted in the above-cited piece on the Manning case, the Veterans Administration will pay for hormone treatment but not sexual reassignment surgery. So, Tigar has basically ruled that convicted murderers have more rights than honorably discharged veterans.

I haven’t the foggiest idea how this case will fare on appeal, presuming California petitions. But, as weird as it seems now, it likely won’t be long before this treatment becomes “routine” and the very question being addressed here will seem silly. Medicare began covering the treatment last year and there’s growing momentum to include coverage in insurance plans. The European Court of Human Rights declared that the treatment was a basic right way back in 2002.