The Affirmative Action debate is too divisive and largely misses the point. 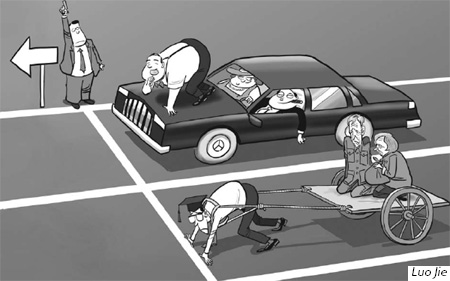 The discussion thread on yesterday’s posting “Supreme Court Upholds Michigan Referendum Banning Affirmative Action In Higher Education” is uncharacteristically ugly, with more slinging of insults than thoughtful debate. A notable exception is a contribution from long-time commenter Stan, who I believe is a retired professor at the flagship University of Michigan campus.

I understand the emotions of Michigan voters in banning affirmative action at UM, but when I’m on campus I’m disturbed by the small number of black and Hispanic students. Michigan is a state with a bad history of race relations, and I’m pretty sure that the university leadership instituted its affirmative action program in an attempt to integrate minorities into the general society and to help white students and faculty feel more comfortable with African-Americans. Based on my personal experience as a professor in the Michigan engineering college, I can’t say that I noticed any marked difference in ability between the white and African-American students in my classes. The performance of the African-American students upset some of my own preconceived notions about racial differences in the US, and I hope it did the same for white students and faculty in general.

I’m afraid of the development of a two-tier society in the US, and I think the Supreme Court’s decision is a big step in the wrong direction. At every stage of education, from kindergarten to graduate school, we spend more money on the education of well off white kids, like mine, than on the poor of both races. I think this is a horrible mistake.

The lack of social mobility for poor and otherwise disadvantaged students, who are disproportionately black and Hispanic, is a real problem that should concern Americans of all races and political ideologies. I’m an opponent of state institutions giving preferential treatment on the basis of race alone for a variety of reasons, not least of which is that it’s increasingly anachronistic nearly seven decades after Brown vs. Board of Education and nearly half a century after the Civil Rights Act of 1965.

The “two-tier society” Stan fears is already with us. Ironically, this is largely a function of higher education becoming increasingly “meritocratic.” I use the scare quotes because, while we’ve genuinely attempted to sort students into schools based on measurable achievement and aptitude, we’ve unintentionally created a scholastic arms race that the sons and daughters of the well off are winning. And, adding insult to injury, they more than ever think they deserve their victory because, after all, they’ve been busting their asses for years taking advanced placement courses, doing the “right” extracurriculars, volunteering, and otherwise earning their place among the elite of the elite.

Placement at the University of Michigan at Ann Arbor  is a big deal, bringing life-long advantages to those who make the cut. While not quite a “public Ivy,” it’s currently 28th on the infamous US News rankings, just behind Tufts and just ahead of the University of North Carolina at Chapel Hill among national universities. By contrast, Michigan State ranks 78th. Eastern Michigan ranks 77th in the Midwest. The difference in tuition between the three schools, all of which are a bargain for in-state students, is modest; the difference in prestige conferred and connections gained is enormous.

There are all manner of grants, loans, and scholarships to help underprivileged students who matriculate at Michigan pay for school. But they’re on their own in getting accepted in the first place.

First off, it requires even understanding that it matters. Students whose parents didn’t go to college are unlikely to fully understand how much difference the name on one’s diploma makes; simply “going to college” is a lofty enough ambition for them. Further, as Stan notes, they’re more likely to live in communities with lousy public schools. If extracurriculars beyond sports are available at all, their parents are less likely to be able to cart them back and forth. They’re less likely to have a house full of books and the encouragement to read them. They’re certainly not summering in Europe or Japan; indeed, they’re likely unaware that “summer” can be a verb. On the lower end of the spectrum, they’re more likely to be dining at the soup kitchen than volunteering there. And, naturally, they’re not taking private piano lessons or being tutored for their SATs.

I haven’t the foggiest how to solve these problems. In an ideal world, we’d divorce funding for public schools from community affluence, pooling the money at least at the state level and spending the same across the board. But, even if we could somehow make that happen, we’d likely see the rich become even more likely to take their kids out of the public schools altogether and fight even harder against paying for good public schools.  But, even if we could magically guarantee all our kids a great public education, I don’t see how we’d remove the huge non-economic advantages that the sons and daughters of the well-to-do (or even educated professionals like Stan and myself) have over those who didn’t win the genetic lottery.

Regardless, I think we’re more likely to have a productive conversation focusing on economic and social mobility rather than race. While I share Stan’s preference that places like the Ann Arbor campus reflect the racial diversity of their community (the state of Michigan is 14% African American; its flagship campus only 4.7%) there’s no reason we shouldn’t achieve that by addressing non-racial barriers.

FILED UNDER: *FEATURED, Economics and Business, Education, Race and Politics