Some States Balk At Real ID

Michael Cutler is incredulous that so many state governors are challenging the Real ID Act.

It is impossible for me to understand how anyone who is concerned about the security of our nation in this perilous age would oppose the implementation of the Real ID Act. The seven years since the attacks of September 11, 2001, and the three years since the passage of the Real ID Act are more than adequate time for our leaders to provide our nation with true security. The Real ID Act represents an important component of such an effort and should not be repealed.

While there’s some controversy over privacy and some question over the efficacy of the Act’s requirements in preventing would-be terrorists from obtaining identification, those are not the impetus of the opposition Cutler cites. Rather, governors of three states (out of 50!) and a few senators are saying that the Act’s requirements are too expensive and that the feds should pay for it. That, frankly, strikes me as reasonable.

“I think what Mainers are concerned about is their privacy. You just had the high profile incident at the State Department with people peeking into presidential candidates’ passport records. And this is what I’ve heard right down the line, is that you’re going to have the ability of some unknown official, in an unknown place for an unknown reason looking at your records,” [Maine Secretary of State Matt] Dunlap said.

It’s also pretty silly. If Maine’s Department of Motor Vehicles has managed to avoid hiring yahoos, they should definitely share their secrets. 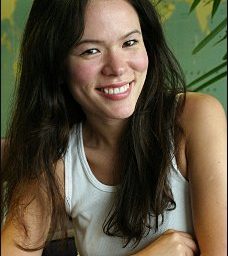