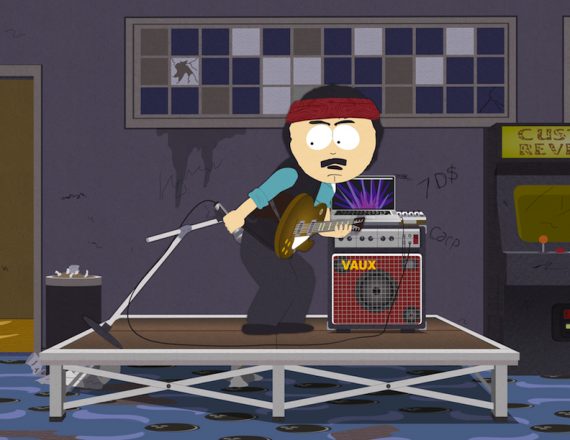 The basic thrust of the story is that, as one reaches milestones in life, things that were once awesome become lame. Shows that we liked as a kid are now stupid, things that we thought tasted great are now sugary goo, and so forth. Relatedly, most of us form our tastes in music by a certain age and will reject the music of the next generation.

In classic South Park fashion, this is expressed via scatological humor. But, for some time now, it seems like every episode is nothing more than a series of lame scat jokes and attempts at being gross–to be sure, tried and true elements of the show since its inception–with little of the insightful satire that made the show a cultural touchstone. I keep watching hoping that they’ll be funny again but, alas, I’m constantly disappointed.

It used to be that I found two of every three episodes hilariously funny and the third a steaming pile of crap. Now, the watchable episodes are few and far between. The last truly great one was the Season 14 opener “Sexual Healing,” a parody of all the celebrities going into sexual addiction counseling.  “Medicinal Fried Chicken,” the third episode that year, and “Creme Fraiche,” the fourteenth and final episode that season, were mildly amusing but  just okay. All seven episodes this year have been dreadful. (Well, actually, I haven’t seen “City Sushi” yet; it’s still waiting on my DVR in case there’s nothing else on.)

Trey Parker and Matt Stone, the creative geniuses behind the show, are only slightly younger than me, so I don’t think it’s an age thing per se. But perhaps I’m missing the pop culture references now and no longer have the context for the satire? For example, I haven’t watched a cooking show since Graham Kerr’s heyday, so “Creme Fraiche” had to stand on its own merits. Ditto the Jersey Shore parody; I’d consider being forced to watch the show a violation of several articles of the Geneva Conventions.

Parker and Stone have a huge hit on their hands with the “Book of Mormon” Broadway play, which is not only selling tickets but cleaned up at the Tonys, so I don’t think they’ve run out of ideas. Although it’s not inconceivable that they’re spread thin.

EW’s Aly Semigran has an alternative explanation that seems plausible:

Did Trey Parker and Matt Stone just put making South Park on their Murtaugh List? If last night’s mid-season finale of the animated series was any indication of things to come, then it could very well be that Parker and Stone are getting too old for this, well, you know.

In the aftermath of Stan’s parents fight about ‘tween wave (Sharon thinks it sounds like crap, officially making her an old person, while Randy, desperate to hold on to his youth, lies and says he likes it), they realize it’s not the music that’s tearing them apart. It’s each other. After their many years together, they tell each other they’re now unhappy and that every week it’s the “same s— over and over” and that it’s only getting more ridiculous as time passes. (See clip below.)

Not to be cynical here, but did this sounds like a not-so-thinly-veiled way of Stone and Parker telling us they had a similar discussion about their very show?

That line stuck out at me, too. So, maybe the irony was entirely intentional.