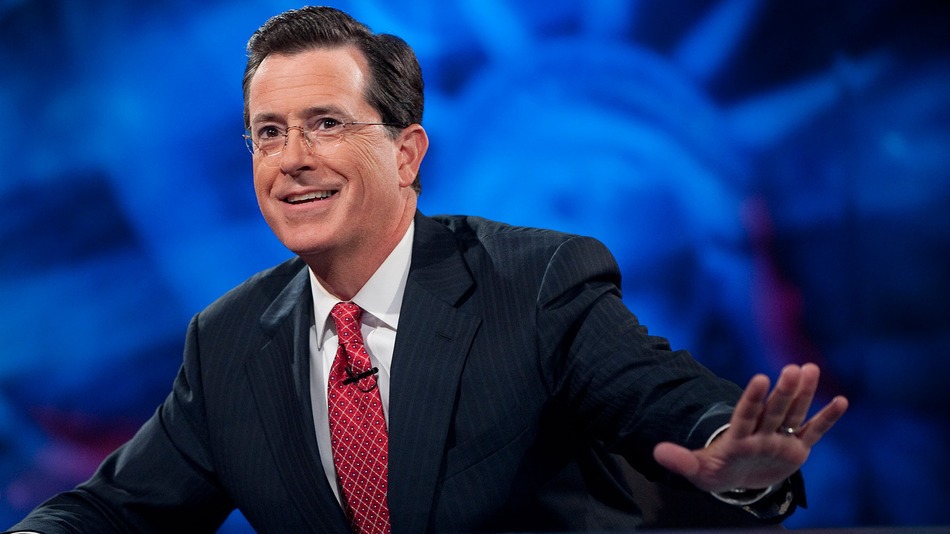 Earlier this week, David Letterman announced he would be stepping down from his late night perch after three decades. Stephen Colbert is reportedly the frontrunner to replace him.

Mashable (“Stephen Colbert Is CBS’ Top Choice to Succeed Letterman, and He’s Into It“):

Stephen Colbert is CBS’ top choice to replace the retiring David Letterman, and has indicated that he’s willing to take over the Late Show when the time comes, people familiar with both sides of the discussions tell Mashable.

Colbert has not had any formal contract discussions with CBS, and no agreement is in place, but sources tell Mashable that he first engaged with network executives while Letterman was still mulling the timing of his retirement. Though CBS has had conversations with other candidates, including Colbert’s Comedy Central counterpart Jon Stewart, individuals with knowledge of the situation say Colbert is currently the front-and-center candidate.

Colbert would leave behind the pseudo-conservative persona he’s cultivated at The Colbert Report and just be himself at his CBS home, one of the individuals told Mashable. He has stepped out of character on rare occasion, though not on his show, and possesses the same wry, incisive interview skills that Letterman has showcased for decades.

A few questions remain for CBS in its pursuit of Colbert; money is a big one. The gap between a potential network payday and a Comedy Central salary has significantly narrowed in recent years. Plus, Colbert is meticulously topical in his selection of guests, many of whom aren’t stars, but the Late Show gig would force him to shoot the breeze with all manner of celebrities peddling movies and TV shows. That isn’t to say he wouldn’t do it well — but would he want to?

There’s also more of a workload: five nights a week to cover an hour, versus four nights doing 30 minutes. But in the end, the draw of being Letterman’s replacement could be too strong for Colbert, who is a friend and admirer of Letterman’s.

Colbert would be an interesting choice, although I’d be less likely to watch him in a traditional late night chat format. As I’ve written before, I think Colbert has been hamstrung by having to staying in character as his pseudo Bill O’Reilly persona since the Bush administration left office. It was funnier watching him mock-defend Bush than watching him mock-criticize Obama. So, it would be interesting to see him perform simply as himself.

Still, while I’ve been recording Colbert and Stewart for years and watching them via DVR delay, it’s been a long time since I watched the other shows. The monologue seems tired at this point, since there are better and more immediate venues for snarking on the day’s news. And chatting up Hollywood types about their latest movie is just too hit-or-miss. Johnny Carson was great at it but few of his imitators are. It works better in long form, as perfected by James Lipton, but is superficial in the late-night format.